BetFred is a leading UK-based bookmaker catering to hundreds of sports bettors in 2017. The bookmaker has recently signed a deal with another iGaming firm to offer a bigger selection of games. Yggdrasil Gaming, a Malta-based firm, will be adding their games to BetFred this year. A selection of exciting games will just be another feather in the caps of both operators. 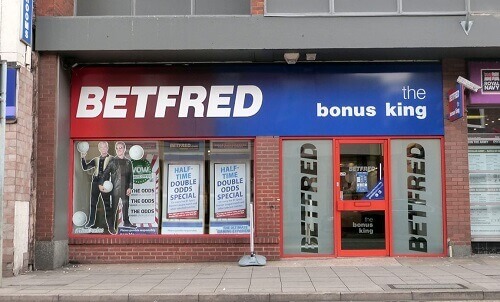 The new deal will see all of Yggdrasil’s exciting bespoke innovations adding to gaming on BetFred’s dot com site. This includes Yggdrasil’s BOOST™, BRAG™ and iSense™ solutions for all gamblers on the site. Yggdrasil is known for their amazing online gambling facilities, where players can expect higher end gaming and unique facilities. Here’s a quick rundown of their trademark facilities for NZ players:

Added to their new Yggdrasil deal, BetFred has also signed a two year deal to sponsor jerseys for the English Championship club, Bolton. This follows a similar deal with the club to sponsor shirts a few years ago when the club was promoted to the championships. More so, the sports betting giant will also become an ‘official financial trading partner’ for the team using ‘TradeFred.’ TradeFred is BetFred’s Forex trading solution.

All in all, 2017 is shaping up to be a great year for bookmakers and game developers. With so many new deals on the cards, we can’t wait to see what happens next. Find out more about football and sports betting with New Zealand Casinos now.