BGO Entertainment, a UK based Internet casino operator, has been fined by the UK Gambling Commission (UKGC). The operator ran a series of ads on their site and social media, but failed to mention important bonus terms. This comes after a 2015 Licensing Conditions and Codes of Practice (LCCP) guideline passed by the licensor. Under the LCCP, operators are meant to comply with the social responsibility codes.

These codes require operators like BGO Entertainment to state what players need to do to qualify for their casino bonus. This includes wagering requirements and terms for claiming the bonus at the casino. The range of ads encouraged players to ‘beat the boss’ in a number of gambling situations. 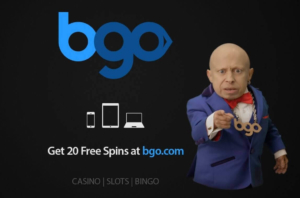 According to the UKGC, BGO Entertainment was ‘repeatedly failing to comply with social responsibility codes.’ The ads featured Verne Troyer of the Austin Powers movies in nine promotions on BGO’s website. A further fourteen were promoted on the casino operator’s affiliate sites. This is despite ‘constant contact’ with the UK Gambling Commission about addressing the issues in the ads.

The UKGC is aiming to ‘tighten’ daytime advertising guidelines to protect susceptible categories of viewers. Part of the LCCP will be reviewing practices and areas of gambling that include Fixed-Odds Betting Terminals. BGO’s fine amounted to £300 000, roughly NZ$566 000 in total for each violation.

Part of the advertisements at BGO Entertainment included appearances by celebrities such as Paris Hilton and Dan Bilzerian. However, no terms were stipulated by the casino operator as to how players would ‘beat the boss.’ The only information given by BGO Entertainment was links to their casino, probably for signing up at ‘Be-Go.’ There are two casinos owned by BGO Entertainment at the moment:

Both casinos are multi-platform casinos with a wide range of games and sportsbooks. Of course, the gaming operator will probably not be the last casino with a UK Gambling Commission license to be fined. After all, they only just started to implement their LCCP guidelines.