Bitcoin is on the up after the price of Bitcoins rose to US$7000 (±NZ$10 109). The record-breaking crypto-currency has since introduced a new feature called Bitcoin Wallet. Casino players and other users can now store their private keys and currency on a secure ‘digital vault.’ The innovation was announced by Bitcoin.com. Which markets itself as the best ‘source for everything Bitcoin-related.’

This secure digital vault is the perfect Wallet for Bitcoin users at gambling sites. When making transactions using Bitcoin, players need a private ‘key’ or secure code to send their funds. Having a secure Wallet to keep this key private is great news for Bitcoin players. 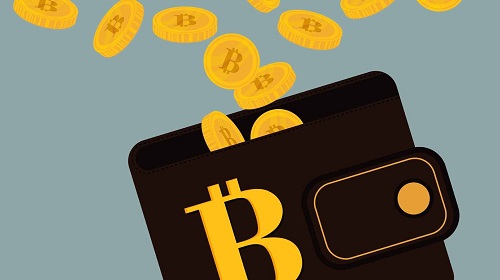 While the digital vault is mainly secure, Bitcoin.com advised that people using the Bitcoin Wallet should treat their private keys like the actual currency. This means keeping them secure just like an email address or password for online banking. The company advised these measures in an attempt to avoid hacking and a loss of Bitcoins.

In 2014, a similar wallet from Mt Gox was hacked, and users lost an estimated 850 000 Bitcoins. Further, Bitcoin.com warned wallet users to prepare for emergencies by keeping their passphrase secure. They recommend writing it on paper and storing it in a personal safe or safety deposit box. More so, they suggested keeping keys on offline storage for safekeeping.

In a statement from Bitcoin.com, the company urged users to ‘assume that hackers or corrupt insiders are always plotting to steal your crypto-investments.’ Using this mindset, players can be assured that their private information and their currency is safe by using the measures above. The Bitcoin wallet comes after a change to the public ledger known as a ‘block chain’ that was altered earlier this year.

The ‘blockchain fork’ created a new currency from Bitcoin, called Bitcoin Cash. More so, the fork sped up the processing time of Bitcoin transactions dramatically. While it is not a recognised currency as yet, the rising price has upped the ante for Bitcoin and other crypto-currencies. At NZ Casinos, we advise caution when using any wallet or Bitcoins. After all, they are extremely valuable these days.