Caesars Entertainment is one of the biggest names in the land-based casino industry. With locations across the globe, the casino firm hopes to add another casino to their ranks. The Las Vegas based firm will partner up with ASF Consortium, a Chinese casino operator.

ASF Consortium (Group) is a favourite of Aussie government officials in Queensland. The proposed casino will be located in Gold Coast City on the waterfront. Later this year, ASF will put forward their plans that include luxury facilities and a casino. The integrated casino resort will be the only new casino to be built in Queensland, Australia. 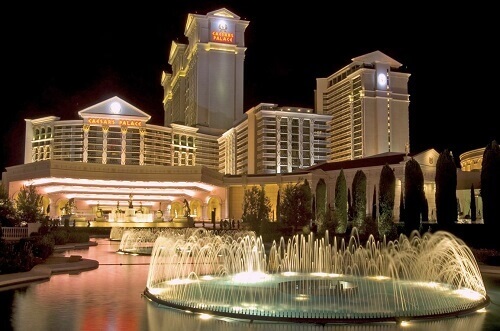 In 2017, ASF Group has been in talks with the AU government and multiple casino operators ahead of their development. Plans for a five-tower integrated resort almost ground to a halt when concerns were raised by officials. According to reports, many officials and members of the public speculated about the ownership of the resort.

Concerns included questions of the Chinese government holding a controlling interest in the resort. In the submitted plans from 2016, ASF Group did not mention a casino operator, financial backing, or the amount of games on the casino floor. However, their decision to partner with Caesars Entertainment has raised more concerns.

Following slower business at their USA locations, Caesars Entertainment came under strain. In a bid to pay off creditors, the owners of Caesars filed for Chapter 11 bankruptcy in America. Apollo Global Management and TPG Capital sold off their stake in the casino empire to help keep it afloat. The deal with ASF Group is expected to earn enough profits to bail out Caesars.

So, once a final plan and backing is brought before Queensland lawmakers, it’s possible the new resort could earn Caesars a lot of money. However, nothing is certain with Australian gambling laws. Watch this space for more on gambling news in New Zealand and Oceania.