DraftKings has joined the World Poker Tour (WPT) once again as a sponsor for their European Championship event. The upcoming Season XVI (16th) WPT European Championship will be the first event that DraftKings has sponsored since 2015. In 2014, they became an official sponsor for the WPT until October of 2015. Their deal came to an end when the Nevada Gaming Control Board found that daily fantasy sports are technically gambling.

However, the legalisation of gambling in Nevada has allowed DraftKings to continue their partnership with the WPT by obtaining a gaming license. As part of the WPT deal, the operator will offer ‘daily qualifying contests’ for their players. As part of the contest, winners will earn an entry into the WPT Main Event at the Spielbank Casino in Berlin. 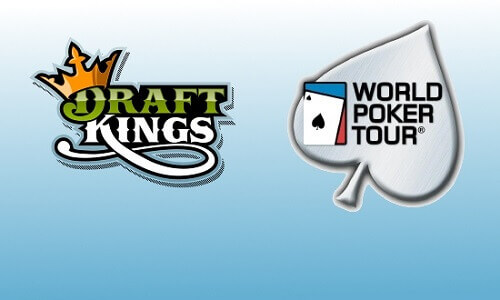 Daily fantasy sports (DFS) leagues like DraftKings recently came under review by American gambling regulators. According to the regulators, the nature of fantasy sports games makes their operations gambling. This is because players select teams based on their odds and real-life statistics, and then bet on the outcome of imaginary games.

The recent Nevada law changes come as a big relief for fantasy sports and eSports fans who were affected by restrictions. Other states are also considering legalising gambling, but for now, Nevada is the only state that allows DFS gambling. Luckily, players in the state can stand a chance to win the prize from DraftKings. Winners will also receive a buy-in of €3 300 (±NZ$5677) for the event as well as travel expenses.

In 2017, it has become increasingly easier to play and bet on DFS leagues and eSports. The first-ever eSports betting license was awarded by the Isle of Man in August. More so, there are many gambling operators cashing in on the popularity of DFS and eSports. For example, Betway recently signed a sponsorship deal with the ESL Pro League and a professional team.

The growing interest in eSports and DFS has led to millions of bets for online sportsbooks. Hopefully, the WPT and DraftKings deal will continue for poker fans and other players. We’re excited to see where these deals take gambling for Kiwi bettors.