A leading Live Casino operator has just announced an exciting new game for online and land-based gamblers in London. Evolution Gaming Group has signed a deal to put one of their Dual Play Roulette tables at the Grosvenor Victoria Casino. This game will be one of the first gambling options with multiple cameras.

The Stockholm-listed gambling operator signed a deal with the Rank Group to bring the game to UK players. Added to this, the table will be available around the clock to ‘bring patrons together’ from both platforms. If that wasn’t enough, players at land-based casinos can also use their mobile devices to continue playing. 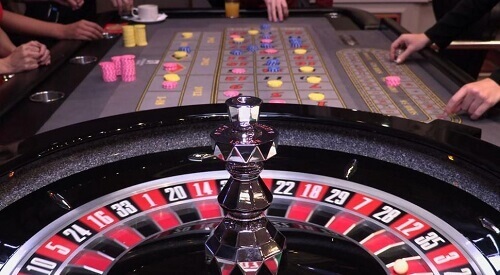 James Stern, the Business Development and Land-Based Sales Director for Evolution Gaming Group AB gave a statement after signing the deal. He said that the Grosvenor Victoria Casino was a ‘natural choice of venue to showcase the unique attraction.’ This is, he said, due to the casino’s ‘established’ reputation and time in the industry.

Additionally, the new game will give dealers from Evolution Gaming’s Maltese studios the chance to ‘make players aware’ of the Roulette option. He also said that the move would attract players to the casino. There are also plans in the works to stream the game to other London casinos and Rank Group venues.

This is not the first land-based casino in the United Kingdom to feature the game, as it was first introduced at the Resorts World Birmingham Casino. Only one set of players at the casino would make up the table. As the other players would be on live stream from the casino or from home. More so, they had the option to join in on mobile devices within the casino.

Evolution Gaming and the Genting Group signed a deal to offer the game at their casino and on Evolution streams. Genting have become well-known for their Live Casino portfolio in recent years. So, keep visiting NZ Casinos to find out more about Live Casino games and all the latest gambling news.