Almost every Kiwi has a social media app or two, where they express their thoughts and feelings every day. Emojis are the currency of the social sphere and have become universal in their use. So it’s no surprise that the premier game developer Microgaming (MGS) has cashed in on the trend. Their new EmotiCoins video pokie is the trendiest game to be released to New Zealand’s best online casinos.

The title is now live on all Microgaming and Quickfire platforms, allowing players across the globe to enjoy the quality pokie. With five reels and 30 paylines, Kiwi players can delve into their feelings to win big. EmotiCoins uses all the best features players know and love from Microgaming, including bonus features and an upbeat soundtrack. 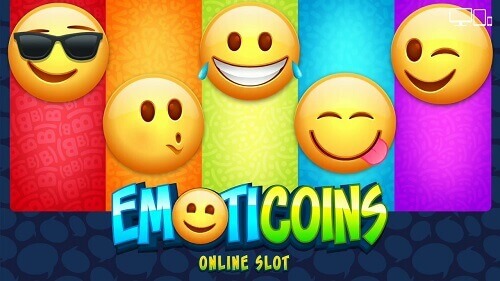 The initial idea for the emoticon-based online pokie was put forward by two MGS staff members, Anna McChesney and Rob Mercer. In a statement from McChesney, a Public Relations Manager for MGS, she said that emojis had ‘essentially become a universal language.’ Developers at Microgaming began working on the concept shortly after senior Microgaming executives approved the idea.

Online casino players can expect only the best in graphics from MGS, including the most popular emojis online. Also, Microgaming researched the idea with emoji fans to choose from over two hundred emojis for their game. Kiwi players can expect tears of joy, winks and kiss emoticons while playing the online Microgaming pokie for real money.

Kiwi gamblers can already start playing this exciting new slot at multi-platform casinos and Microgaming casinos. More so, get the best bonuses with our recommended online casinos at New Zealand Casinos. Kiwi players can also check our site for all the latest NZ gambling news. From sports bets to pokie reviews, we’ve got our online casino players covered.