FOBTs, or fixed odds betting terminals, have stirred up a lot of arguments in the United Kingdom. Lawmakers are cracking down on the machines, found in bookmaker shops around the country. These systems offer ‘fixed odds’ on popular table games like Roulette and Blackjack. However, the maximum bets for these games can go up to £100 (±NZ$185).

The problem with these terminals is that some players can bet the above amount every 20 seconds. More so, they place many gamblers at risk of addiction. This has urged officials in the UK to look at lowering the maximum betting amount drastically. Unfortunately, this could lose many bookmakers millions of pounds in the process. 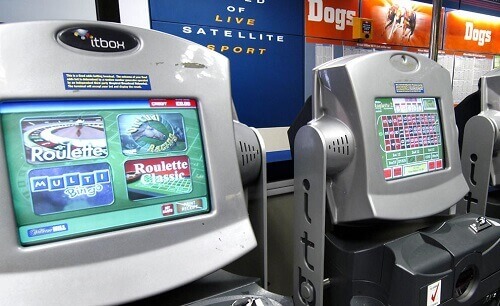 While there are many reasons to lower the stakes for these machines, bookmakers are still opposing the move. Anti-FOBTs groups are fighting to have the maximum bet lowered to £2 (±NZ$3.60). This would lead to top sports books to lose roughly NZ$3.28 billion a year. However, UK officials are looking at a lenient cap of up to £30 (±NZ$54).

While this would improve the profitability of larger bookmakers, the crackdown could impact other firms more harshly. Paddy Power Betfair’s CEO, Breon Corcoran addressed the UK Minister of Sports (Tracey Crouch). He claimed that his firm welcomed the reduction of stakes in a letter to the Minister, which didn’t go down well with other industry leaders.

JenningsBet, an independent bookmaker, joined other bookmakers in criticising Paddy Power Betfair. Apart from other betting shops like William Hill and Ladbrokes Coral, the firm is one of the largest independent betting shop operators in the UK. JenningsBet’s Managing Director, Greg Knight, also wrote to Tracey Crouch following the controversial letter from Paddy Power Betfair.

In his letter to the Minister, Knight claimed that Mr. Corcoran was trying to ‘undermine the retail sector for the benefit of his own company.’ More so, he claimed that the Irish firm was trying to dominate the market after the FOBTs crackdown. Additionally, he warned that many workers in the retail gambling sector would lose their jobs following the reduction.

At the end of October, the ‘triennial review’ of the gambling industry will be revealed to the public. The main focus of this report will be FOBTs and lawmakers will introduce the regulations for the machines. Minister Crouch has signalled more than once that the stakes would be reduced ‘significantly.’ Added to this, the report will curb how the machines are operated in betting shops.

Due to the addictive nature of these high-stake, high-speed games, it’s no wonder the debate has become so controversial. Campaigns against the terminals have been in progress for years, but 2017 is the first time a crackdown has been considered. For more casino and sports betting news, keep visiting New Zealand casinos.