Gambling Ads are about to be Restricted in Victoria – NZ 2017

It’s been a rocky year for Aussie players following new regulations for online gambling operators. Now, the focus of states in Australia is on restricting gambling ads, or advertising. One state, Victoria, is set to pass their own legislation on sports betting. The bill follows earlier legislation to stop sports books from advertising during events like the Australian Tennis Open.

However, Victorian officials are looking at more than just sports betting on static advertising. Gambling ads on public transport, roads and within 150-metres from schools will be banned. Victorian Minister for Gaming and Liquor Regulation, Marlene Kairouz, told the media that the move was influenced by surveys of children in Victoria. 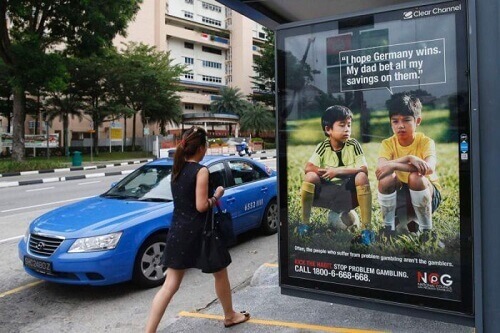 The survey found that children between eight and sixteen considered gambling a normal part of sports. More so, two-thirds of children interviewed could name at least one local sports betting brand. Discussions around the findings of the survey are what spurred officials into drafting the bill in Victoria. More so, the bill is set to be introduced in October of this year and influence other states on doing the same.

Other gambling operators on the chopping block include lotto betting. For example, Lottoland came under fire from various states, including Victoria, for offering their services. According to reports, the internet betting service was misleading players and influencing licensed lotteries negatively. They have also been accused of operating without a license by official lotteries and not paying taxes.

These regulations are only the tip of the iceberg for players in Australia. Recently, the AU Senate passed a similar gambling regulation bill that has seen many operators leave the market. Online poker rooms and overseas gambling operators have already felt the repercussions of the bill. Other online casinos have also abruptly pulled out of Australia ahead of new taxes and legislation now in effect.

Luckily, New Zealand online casino players have not been affected. After all, Kiwis can only play at overseas-licensed online casinos. For more gambling news and helpful guides, visit NZ Casinos.