Golf charities are the backbone of the PGA Tour, and many Masters Champions have a long history of supporting charities. From Tiger Woods to Bubba Watson, we’ve got everything you need to know about golfers and their charities. Keep reading for more about how you can get involved with donations and more. 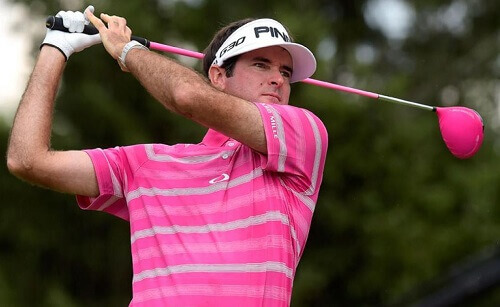 So, what you’re probably wondering is which players have charities. Well, you might be surprised that almost every player in the PGA and the organisation are involved in giving back. Many players have either started their own charity organisation, or support others. Our team have compiled a few players who made the most difference.

As one of the best golfers for over 15 years, Tiger Woods has made millions in donations to his foundation. The Tiger Woods Foundation aims to help students in the USA to become prepared for further education. From learning labs to teacher support, the foundation has changed the lives of many high school and college students.

Annika Sorenstam is considered to be the greatest golfer of this generation. She became the first woman to take part in the PGA Tour since 1945 in 2003. The Annika Foundation is aimed at giving children opportunities to live healthier lives and helping to support women’s golfing. The foundation also hosts five golf events each year and helps many young women to reach the level of Sorenstam.

Bubba Watson is one of the most recognisable golfers in the world, with two Masters titles under his belt. During his first PGA tour, which he eventually won, Watson was the first player to use a pink shaft driver. At the time, this was almost unheard of in the sport. It turns out that the driver had a specific purpose for Watson. He entered a deal with Ping, a golf equipment manufacturer, which would pay his foundation US$300 every time he used the club to hit the ball three hundred yards.

At the time, Watson raised US$90 000 by the end of the tournament. In 2017, he partnered with Volvik to use their signature pink golf balls as well as his pink driver. His foundation aims to help and inspire children in the USA, as well as young adults. They also help children associated with the U.S. military and organisations who help children and young adults.

There are a few charities closer to home that help Kiwis in any way they can. Tournaments are open to any golfers, and support communities across New Zealand. Here are a few golf charities making a big difference in NZ:

Raising money for causes in New Zealand can be rewarding for many Kiwis. So next time you bet on your favourite players, try to give back with your winnings. Check out our golf betting guide for more on how to maximise your bets.