Since Japanese officials voted to make gambling legal, casino operators have been preparing bids for the first casino resort in the island nation. A Japanese resort developer has joined the race for the first two licenses. They plan to add their integrated resort to the Hokkaido ski destination, Rusutsu Resort. Kamori Kanko, a Hokkaido tourism company, has signed a deal with another local developer, Niseko Alpine Developments to develop the resort.

Their plans for the existing resort will add facilities and a casino floor to the resort. At the moment, only two licenses will be granted by the Japanese Diet in early 2018. A further two will be granted sometime later. Big names like Las Vegas Sands, Hard Rock International, the Genting Group and Melco Resorts have all put forward plans for resorts so far. 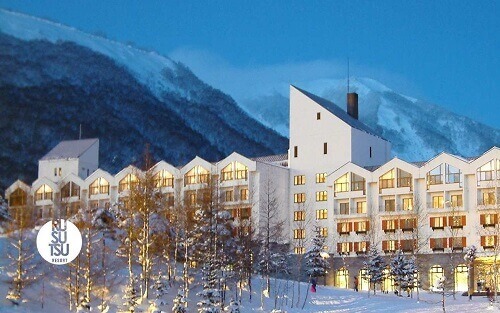 Kamori Kanko put forth their proposal with several phases for development. The first phase includes building a Vale Rusutsu hotel and spa at the resort. Other facilities planned by the developers will include the necessary accommodation, food & beverage facilities and entertainment options required to obtain a casino license.

More retail and entertainment facilities will be announced in 2018, and the total cost of the project is expected to be US$500 million (±NZ$ 735 million). This is one of the lowest estimates for a casino project, but they are mainly expanding the ski resort. The placement of this casino proposal gives it a ‘strong bidding platform’ because Hokkaido is such a popular destination in Japan.

According to analysts, the expected worth of the casino market in Japan is roughly US$5 to US$20 billion (±NZ$7.35 to ±NZ$29 billion). This potential has made Japan a prime location for casino operators looking to expand into Asia. With the crackdowns on gambling in Macau, the new market in Japan could prove to be profitable for all involved.

However, there is one small problem for operators who want to obtain a license. Regulatory framework still needs to be discussed and passed. A snap election in October meant that this framework might be postponed to 2018 when the next Ordinary Diet begins. If the framework is passed in 2018, the first casinos may open by 2023. Due to the nature of the Hokkaido proposal, though, it could be opened by 2020 in later phases.