Nearly a year since a new gambling bill was introduced, Brazil is gearing up to legalise gambling. While this is great news for Brazil casinos, they are still waiting for it to be passed.

In November 2016, a Brazilian Senate committee was set up to approve legislation for various types of gambling. This would include regulations for land-based casinos, online casinos, bingo halls, horse racing wagering and sports betting. Some land-based casinos have been offering ‘demo mode only’ gaming machines in a state which lifted bans on bingo halls. However, gambling has been illegal in the South American country for over 70 years. The loophole in laws was exploited by one casino, the Winfil Casino, in the southern city of Porto Alegre, located in the state of Rio Grande do Sul. 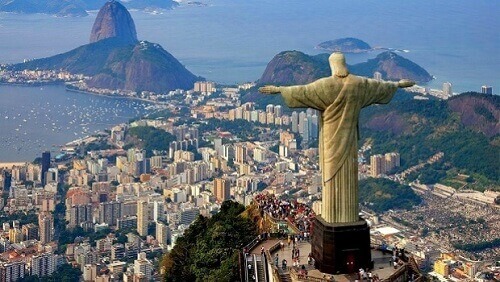 While allowing gamblers to test out over 460 gaming machines on their floor was technically legal, Winfil Casino encountered some trouble. Their loophole soon earned them attention from local law enforcement. The casino was raided by police and was found to be offering real money bets after an injunction by a judge to stop real money gambling.

Unfortunately, the injunction only served to stop police from confiscating gaming machines. So, the casino decided to take a different approach to the order. They claim that the ruling allows them to offer real money wagers legally. The judge, Viviane de Faria Miranda, who issued the injunction, noted that the order only stopped confiscation, but it did not legalise betting in the casino. Police have since confiscated their machine control boards and money despite the injunction.

The expected vote on legalising gambling in Brazil will decide the future of casinos this month. It’s unclear which way the Senate will go, but there is hope that revenues could boost the economy. The oil industry of Brazil is failing, which could cost the government billions. Brazil casinos seem like the best bet for lawmakers and the middle class of the country by bringing in tourists.

At this rate, we believe that Brazil may have legalised gambling with regulations before Japan. A snap election in the Asian nation has put a pause on gambling laws. This was after drafts of the new legislation were rejected for being too vague in April. However, we hope that the issues in both countries are resolved as soon as possible.