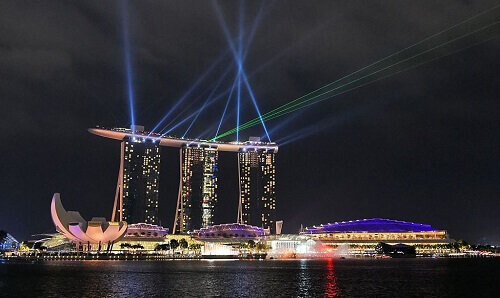 Chelsey Tam, in a briefing from Morningstar Investment Management Asia, explained the expected profits from casinos. In the briefing, made to Asia Gaming Brief, Tam explained that Japan expects US$19 billion (NZ$26 billion) in gaming revenues. Additionally, US$6 billion (NZ$8 billion) was anticipated from non-gaming amenities like restaurants and hotels.

In order for a bidder to be considered, Japanese lawmakers have stated that they must meet core facility requirements. There are four core facilities an integrated resort plan must have, and they are:

However, regulations are still being discussed by Japanese lawmakers, so nothing is certain yet. These could be only the starting hurdles for potential casino operators in the country.

One of the front runners for one of Japan’s first four casinos is the Las Vegas Sands Corporation. The company is being considered because of a strong international integrated resort portfolio that includes the Venetian Macau, Sands Macau, and the Marina Bay Sands in Singapore. More so, competitors for the coveted Japanese licenses are:

These six companies are some of the most successful land-based casino operators in the world. Another favourite in the race for the licenses is Melco Resorts, as they have a definite plan for their resort. The company is aiming for a resort in scenic Osaka to allow tourists and locals to enjoy a larger resort. We’re still hedging our bets on who will win in this race, since there’s no guarantee as yet.