Ladbrokes Coral is one of the best sports books for Kiwi and British bettors. Their services include online sports betting for rugby, tennis and horse racing to name a few. In January of 2017, Ladbrokes ran into trouble with the Racing Partnership. According to reports, Ladbrokes was told to stop broadcasting horse races live from 15, Arena Racing Corporation Limited, tracks. 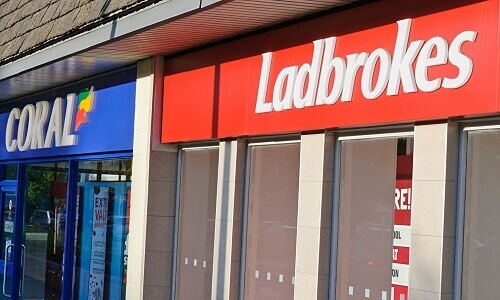 The betting agency apparently reached a stalemate with the Racing Partnership, resulting in a 23% loss for the company. More so, Ladbrokes Coral was in danger of losing market shares to Paddy Power, Betfair and William Hill. The revised deal is expected to bring a lot more coverage to Ladbrokes shops and their online facilities.

Chief Executive Officer for Ladbrokes Coral Group, Jim Mullen, gave a statement once the deal went public. He said that the two groups were pleased to have struck a deal and that it ‘gives us a joint incentive to grow the sport.’ He went on to say that horse racing remains a ‘core product’ of their business and British heritage. Mullen also stated that the deal would bring ‘a full range of horseracing action’ to their services.

The proposed broadcast will be aired from the following tracks:

Other races expected to be broadcast under the new deal may include South African, Australian and New Zealand events. These events may be exclusive to the online sports betting site run by Ladbrokes Coral.