A United Kingdom parliament member has questioned whether or not video games allow gambling through loot boxes. These boxes, or prizes, can be bought with real money and randomly give players items for the game. However, officials are wondering whether or not these transactions should be regulated.

Loot boxes, or crates, will usually contain special items for players that are difficult to earn in-game. This can range from skill-boosts to ‘skins’ (customisable items or characters). Sometimes, gamers will bet on which skin they will get on a third-party website. Earlier this year, the Isle of Man licensed the first-ever legal skin-betting site as a gambling portal. This has led to UK officials to question at what point it is considered gambling when players buy loot crates. 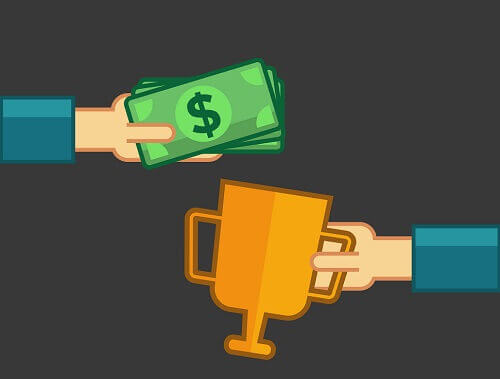 Cambridge representative, Daniel Zeichner, put forward two questions to Karen Bradley, the Secretary of State for Digital, Culture, Media, and Sport. Mr Zeichner is a Labour party member, while Mrs Bradley is a Conservative Party member. The Conservatives are currently the governing party in the UK under Theresa May.

Mr Zeichner asked if Mrs Bradley planned to ‘help protect vulnerable adults and children’ from gambling illegally using computer game loot boxes. His second question was about whether or not the Isle of Man’s protections and restrictions were effective enough.  Added to this Mr Zeichner wondered if the government had considered implementing the same restrictions across the UK.

As we’ve said, loot boxes are bought with real money. Sometimes, they can be purchased with in-game currency, which can still be paid for with cash. However, the problem lawmakers are having with these prizes are that they encourage gambling. Each box is randomised and presents a problem if players only buy one and don’t get what they expect.

More so, the fact that these games can be played by minors means that they are at risk of gambling addiction. Gamers the world over have complained about the nature of the boxes for quite a while. While they are somewhat regulated in China and Japan by giving gamers the odds of receiving a prize, there are very few countries with these restrictions. Games like Middle-earth: Shadow of War, League of Legends, Overwatch and Star Wars: Battlefront II offer these prizes in-game.

Now, there is a bit of opposition by video game creators when it comes to regulating these boxes. They claim that the loot boxes are similar to collectable cards because there is no guarantee. Collectable cards come in packs that are randomly put together in a factory. Games and shows like Pokémon have different cards and themes for their packs.

The Entertainment Software Rating Board (ESRB) believes that loot boxes have the same chances as card packs. Yet, they are controlled by Random Number Generators (RNGs), which makes them a bit fairer. The fact that they have reached a higher level may mean that these prizes could be regulated better in the UK and New Zealand.