Australian lotteries are up in arms about lotto betting services. The Lottoland Ban is still being discussed, but it’s not looking good. More so, the Gibraltar-based gambling operator has kept relatively quiet about the affair, until now. According to reports, they are more than willing to work with states to ensure fair play.

However, critics of the service are calling for an all-out ban in Western Australia, Victoria and Queensland. South Australia has already implemented a Lottoland ban in the state. Lawmakers, state lotteries and local newsagents are not happy with the loss of revenue in the states mentioned. Traditional lotteries stand to lose a lot of profits because of the controversial operator. 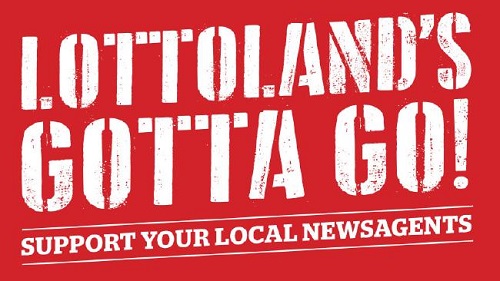 Lotto betting is a new form of gambling that takes wagers based on the outcomes of lotteries. However, there are no regulations in Australia for such services, so the gambling operator can’t contribute to taxes. They do pay taxes in the Northern Territory, because the state has licensed their operations. So, this means that they can legally take bets from gamblers in other states.

Unfortunately, it also means that they have cut into sales for traditional lotteries like Lotterywest and foreign lottos liek the EuroMillions. Lotterywest is the state lotto for Western Australia, and they have reportedly lost AU$60 million because of lotto betting services like Lottoland. Previously, Lottoland had mentioned that they would be happy to pay taxes if and when their service is regulated.

The proposed Lottoland ban has sparked a lot of controversy in the media. However, there are a lot of differing opinions on what they do and how they impact traditional lotteries. Now, a media campaign has targeted the betting operator specifically, because it is not an Australian service. Other lotto betting services based in Australia have spoken out against the company as well.

As a result, the service has had to defend their reputation in an official blog that said it is ‘an online betting bookmaker’ that allows players to ‘bet on the outcome’ of a lotto. This was after their business model was attacked for ‘misleading customers’ by not stating that they do not participate in actual draws. It’s not clear what the new laws propose to ban, other than that they want to be rid of Lottoland.

If the Lottoland ban goes forward, there are a few questions about why they are being targeted. Many gambling operators, like the Tatts Group and CrownBet, also offer lotto betting. However, it may just be a case of taxes and local Internet gambling services taking priority in Australia. After all, new laws for online casino services require an Australian license before the service can be used by Aussies.

Of course, in New Zealand, there is no such problem as yet. So, Kiwis can still enjoy any type of legal gambling online if the service is licensed overseas. For more casino news, visit us at New Zealand Casinos.