It’s widely accepted that part of the appeal of visiting land-based casinos is the restaurants. Fine dining has become as much a part of gambling as the games. So, it’s a real treat for Macau gastronomy to be recognised by the United Nations Educational, Scientific and Cultural Organization (UNESCO). This puts the Las Vegas of the East right behind their namesake regarding haute cuisine.

Of course, this adds to the appeal of the Chinese colony in a big way. After all, celebrity chefs in Las Vegas draw in the most tourists behind casinos. Chefs like Gordon Ramsay have multiple restaurants down the strip for tourists to enjoy. Soon, Macau will join their ranks with unique foodie treats after being added to the UNESCO Creative Cities Network. 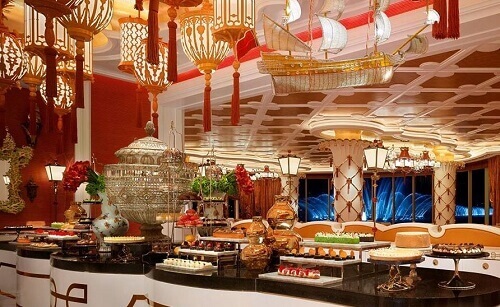 The special designation by UNESCO has put Macau gastronomy on the map for haute cuisine. All this forms part of a plan by the Macau Government Tourist Office (MGTO) to boost their appeal. The Tourism Industry Master Plan began as a way to increase the minimum spends of tourists in Macau. It seems to be working, with profits up 20.9% since 2015.

In Las Vegas, the average spend was US$320 (NZ$465) on food and drinks for each visit in 2016. For now, Macau officials are aiming for revenues between US$12 and US$14 billion after their listing. Alexis Tam Chon Weng, Secretary for Social Affairs and Culture, said that they hope to ‘bring a positive impact on the sustainable development of the city’ through the Macau gastronomy field.

More so, Las Vegas food fans can find all manner of culinary inspirations at celebrity chef eateries. From Gordon Ramsay’s collection of restaurants to other chefs’ takes on food, visitors can find almost any cuisine in Sin City. Each resort has at least one celeb-run restaurant on the Strip, including the infamous Hell’s Kitchen at Caesars Palace.

Macau gastronomy draws inspiration from Portuguese and Chinese cuisine, bringing some fusion from both cultures to the plate. Tam Chon Weng claims that the listing will allow Macau to ‘diversify the economy’ through food. What’s more, plans for improving the fare at Wynn Macau and five other resorts have started. We’re excited to see this one through at NZ Casinos.