While Aristocrat Leisure Ltd may be fighting a court case in Melbourne, they are still set to release new pokie machines this year. The controversial developer has just gotten a license for Madonna-themed pokie machines. This week, the game premiered at the Sands Expo Las Vegas for the first time. According to the firm, their pokie machine will have all-new features for casino players.

As one of the biggest names in pop culture, Madonna has become an iconic brand globally. Since the 80s, the singer has blazed a trail of hits and is ‘the highest-grossing solo touring female artist’ in the history of the billboard charts. More so, she has 57 chart hits, with 38 top 10 singles under her stylish belt. More so, the Grammy award-winning singer is famous for re-inventing herself for each album released. 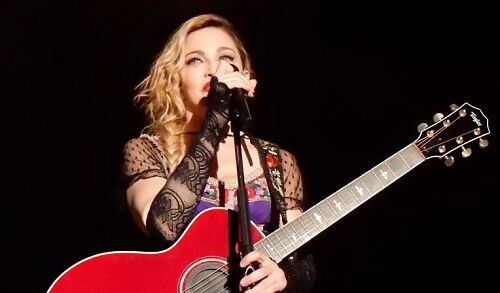 The new pokie from Australian-based Aristocrat will feature a ‘unique game play theme’ based on Madonna’s biggest hits. Every memorable era is said to be shown on this thrilling pokie machine. Aristocrat’s license apparently covers multiple games, so casino players can look forward to more than one stellar Madonna game.

In a statement from Chief Product Officer, Rich Schneider, he claimed that the slot game ‘encapsulates the essence of the Madonna brand.’ He went on to say that the game experience would be ‘fuelled by her landmark and ground-breaking music, coupled with video and exciting game play.’

It’s not hard to see why the firm decided to create a game for such an iconic musician. Madonna, real name Madonna Louise Ciccone, has been a driving force in music since her first hit in 1983. The famous ‘Material Girl’ has thirteen albums, spanning over thirty years. So, we can’t wait to experience the new pokie from Aristocrat.

For more gambling news and games, visit us at New Zealand Casinos. We’ve got everything Kiwis need to gamble online and on land, with ‘how to’ guides on every casino game.