For the past few months, marriage equality has been a huge issue for Australian politicians. Despite overwhelming support for equal marriage, legislators called for a national postal survey. Since then, polls for the ‘Yes’ vote have risen steadily, sparking national debates. This week, the final poll revealed that 63% of Australians supported marriage equality.

However, one bookmaker decided to cash in on the vote, sparking outrage from LGBT supporters. The LGBT, or Lesbian Gay Bisexual & Transgender community was the first to denounce the bookmakers. The bookmaker in question, Sportsbet, had been offering AU$1.38 for a ‘yes’ win, and AU$3 for a ‘no’ win. This was not their first time offering wagers on sensitive topics. 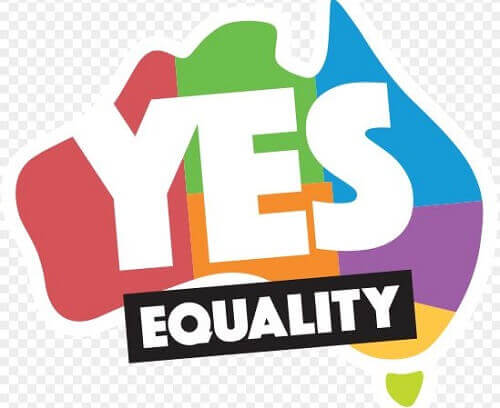 After being criticised in late September, Sportsbet removed their odds. Another Australian bookie, CrownBet, was also offering markets on the outcome. Many marriage equality advocates denounced Sportsbet for belittling the issue. As a result, Sportsbet withdrew their markets for same-sex marriage shortly after. Their markets included the ‘final result’ and the ‘number of Yes votes.’

While there has been a lot of speculation and projected outcomes for the vote, many campaigners felt that taking bets was ‘a new low.’ Alex Greenwich, a Sydney MP supporting the ‘Yes’ vote, was the most vocal about the issue. The survey results are expected to be revealed on Wednesday the 15th of November.

Even if the ‘Yes’ vote wins, there is still the issue of drafting the amendments to the marriage laws. Two bills are currently being considered, but will only be decided on after the results are made public. Liberal Senators Dean Smith and James Paterson have both proposed bills for marriage equality. Both bills feature an ‘opt-outs’ for certain parties for same-sex weddings. Smith proposed opt-outs on religious grounds, while Paterson extended opt-outs to ‘conscientious’ businesses.

All in all, both bills have been denounced by the Yes Campaign for ‘encouraging discrimination.’ They claim that this allows shops to put up signs saying ‘no gays allowed’ openely. This kind of discrimination is not new to Australia but was supposedly put to rest in 1967. At the time, shops could turn away Indigenous Australians due to the ‘White Australia’ policy.

The biggest supporters of same-sex marriage in Australia are rugby and soccer fans according to research. These supporters took their lead from 36 AU sports leagues who support the ‘Yes’ campaign. This sparked serious backlash from some fans, but inspired sports fans to back the campaign.

Former Wallaby player, David Pocock, went so far as to vow not to marry his girlfriend until same-sex marriage was legalised. With so much support from Australians, we hope to see a good result for marriage equality and diversity in general. Stay up to date here at New Zealand Casinos.