You’ve probably heard by now that the biggest fight in boxing will take place this weekend. It’s a showdown between an Ultimate Fighting Championship winner and a boxing legend. Floyd Mayweather, the boxing legend, is an undefeated favourite for bettors. However, Conor McGregor also has a chance at winning, if he follows the rules of boxing.

In the build up to the fight, experts claim that McGregor might just be disqualified for ‘dirty’ fighting. It’s also speculated that Mayweather might just knock out the Irish MMA fighter in five rounds. For over a year, the fight has been advertised and speculated over. Mayweather has the best odds, but bettors won’t be able to cash out as much if he wins. 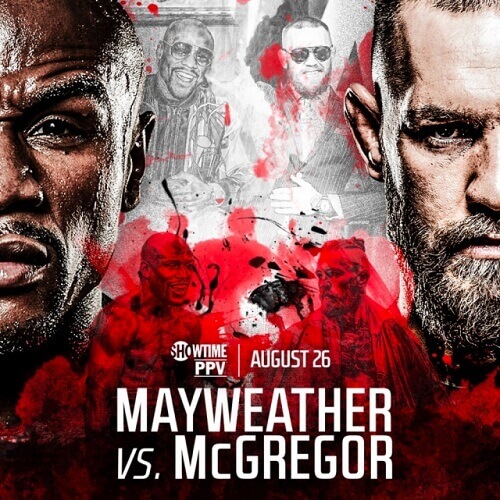 More about Mayweather vs. McGregor

So, you’re probably wondering where the fight will be and how much it will cost you to see. Well, SKY Arena (channel 065) and SKY Fan Pass have reached a deal so that NZ boxing fans can enjoy the action. It’ll cost Kiwi fans just NZ$39.95 on either channel to view the fight. More so, the broadcast will take place at 1pm on Sunday the 27th of August.

The fight will take place at the T-Mobile Arena in Las Vegas. A few other bouts slated for the 26th August showdown are listed below:

The odds for this fight are some of the highest seen in boxing bets. Mayweather began in the pool with -2550 as the favourite to win. This was just after the fight was announced in November 2016. McGregor’s odds sat at +950, according to sportsbook Bovada. But, once the fight was made official, Mayweather bets sat at -800 with McGregor at +500.

McGregor is considered a long shot to win by boxing experts and sports books. However, if he does, fans will receive far more according to the odds. It’s still up in the air, but online gamblers in New Zealand can hedge their bets if they choose to. Our team of expert players recommend betting what you can afford, and placing bets on the other matches to even out your losses.