Boxing is one of the oldest and most popular sports to bet on in the world. Boxers like Conor McGregor and Floyd Mayweather are the best of the best. The two boxers are set to fight this August at the Las Vegas T-Mobile Arena on the 26th of August. The fight has gotten a lot of attention, and bets are running high for the Ultimate Fighting Challenge (UFC).

However, the anticipated event already has drawbacks. With tickets to the fight costing fans thousands, many are choosing to watch at home. According to experts, this is not the only gaffe made by sports books and organisers. Overconfidence in building up the fight with press conferences has left many questioning if the fight is fair. 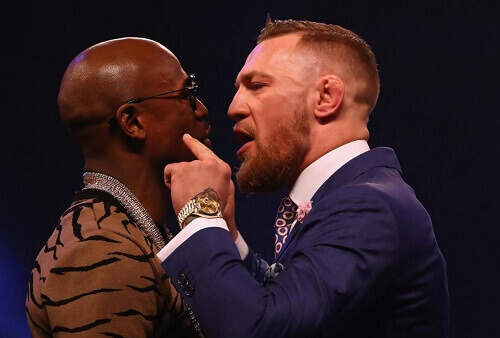 McGregor ‘Not a Boxer’

The odds against McGregor are high, and many experts think he will ‘commit fouls’ or be knocked out by Mayweather. With +550 odds against McGregor as an underdog, many bettors are expecting a big pay day if he wins. Punters could win US$500 (NZ$672) on a US$100 (NZ$134) bet. More so, Mayweather is considered a ‘sure bet,’ set to earn safe bettors only US$16 (NZ$21) on the same bet.

Experts have weighed in on the publicised bout, and it looks good for Mayweather. More so, as a professional boxer, Mayweather has achieved 26 knockouts out of 49 wins. Additionally, McGregor has 21 wins, of which 18 were knockouts, in the UFC.

The ‘biggest fight’ of boxing will be McGregor’s debut under strict boxing rules. Also, the match is set to last 12 rounds. Both fighters will be earning a large sum of money just for fighting, around US$100 million (NZ$134 million) each. However, the fight purse is rumoured to be US$390 million (NZ$524 million).

Overall, the public spectacle of this UFC fight is putting many bettors off. Though a lot of sports books are trying to cash in on the match. Odds are that one fighter will be knocked out, but at this point, no one knows who. For more on sports betting news in New Zealand, watch this space.