Home » Melbourne Gambling Addict Gets Her Day in Court – NZ 2017

Melbourne Gambling Addict Gets Her Day in Court – NZ 2017

According to Guy, there are more than 30 pokie machines on the Crown Melbourne’s casino floor that offer the game. Regulations set out by Australian authorities require that operators post the Theoretical Return to Player Percentage (RTP) on all pokie machines. The case is now being reviewed by the Australian federal court to see if this game’s RTPs are misleading. 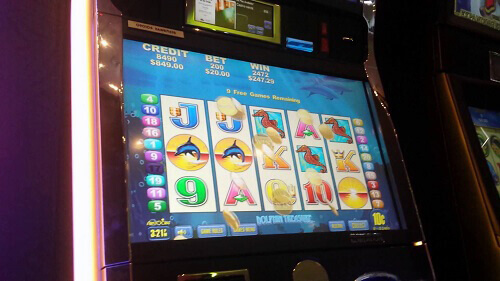 The Crown Resorts’ trial began this week, with the defendants, Crown and Aristocrat, defending the game. Their lawyer, Peter Jopling, reportedly asked the court how they could be acting in an ‘unconscionable way’ if they were complying with regulations. Jopling went on to say that the game provider had followed the ‘standards to a tee.’

However, Guy’s lawyers claimed that the 87.8% RTP was misleading when considered with the cost of an average spin. They claimed that this figure gave AU players the ‘impression they only risk losing 12.2% of the money they bet.’ When compared to the average cost of a spin, AU$12.17 (±NZ$13), this was false. Principal lawyer, Jacob Varghese, gave a statement to the Sydney Morning Herald in 2016 where he claimed that the RTP is misleading.

The federal court case is expected to last three weeks, following a new law for Aussie online gambling. More so, the case is expected to have a major impact on the AU gambling industry. This is because officials are still considering whether or not to issue licenses to Internet gaming services. The new law, the Interactive Gambling Amendment (IGA) Bill, passed into law in early September.

However, the repercussions of the laws have already led to many casino operators to withdraw from the market. This court case will have lasting effects for many AU gamblers, including whether or not online poker rooms will be legalised in Australia. For more casino news, visit NZ Casinos to stay in the loop.