Melco Crown Entertainment Company – the Chinese gambling giant, is bidding for their first Japanese casino in 2017. The company, owned by Crown Resorts and Melco International, is set to bring world-class gambling to Japan. For many Japanese gamblers, the passing of the new legislation meant that they could now gamble legally.

The new laws were passed in December of 2016, and are still being reviewed by the Japanese government. However, the biggest names in Asian and Oceanian land-based casinos are already vying for the first casinos to be based in Japan. Any winning bid will likely only open as early as 2020, though. 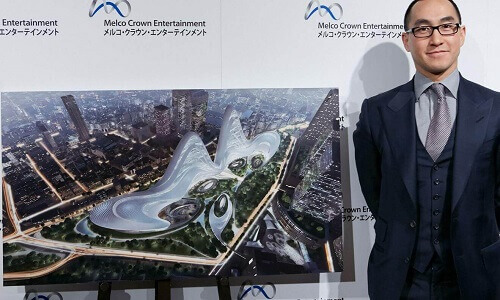 One of the company’s most successful land-based casinos is based in Macau, China. The former Portuguese colony has been called the ‘Las Vegas of the East,’ because of the success of casinos there. However, Melco Crown Entertainment Company had a bad run in 2016 when a scandal hit the casino. Since then, Crown Resorts sold the majority of its shares in Macau to Melco International. Crown Resorts also decided earlier this year to focus on their Australian interests.

About 18 employees were arrested for ‘gambling crimes’ at the end of 2016. These employees included three Australian nationals, and have yet to be charged by the Chinese government. The arrests are only the beginning of the problems faced by Melco Crown and other casinos in China. There are rumblings of gambling being outlawed completely again by Beijing, which could mean disaster for the few operators allowed in Macau.

Japanese tourists make up some of the most profits for Melco Crown Entertainment Company regarding tourism. Gambling fans from Japan have been known to fly to countries like China, Australia, and New Zealand to enjoy their favourite casino games. Melco Crown received over 30 million tourists in Macau at its US$3.2 billion resort.

Melco Crown Entertainment Company hopes to attract Japanese players while adding to the job market. The company also hopes to bring luxurious hotels, Michelin star restaurants, spas and entertainment options to cities like Osaka. The billion dollar resort is also expected to bring in more tourists to Japan and their integrated resort.

The new location is currently expected to be based on Yumeshima. This is a man-made floating island in Osaka Bay, which has already been booked for the 2025 World Expo. Around 70 hectares of Yumeshima is expected to be taken up by the casino resort.

For now, we expect that New Zealand and Australia will be prime destinations for Chinese and Japanese gamblers. Until Melco Crown Entertainment Company completes their casino and resort, of course.