The Miss Universe pageant is probably the most infamous beauty competition in 2017. Finalists from all over the globe are competing for a chance to win the title this weekend. On November 26, the 16 finalists will be announced after being voted on via social media. Current frontrunners, according to bookmakers, are Miss South Africa, Miss Thailand and Miss Philippines.

Odds for each contestant depend on bookmakers, with Paddy Power favouring Miss South Africa at ten to one. However, Bovada is betting on Miss Thailand with odds of four to one. Despite predictions by both bookmakers, Miss Philippines is leading social media polls on Twitter. Other frontrunners include Colombia, Venezuela, Australia and Canada. 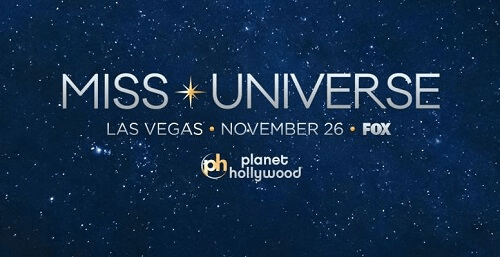 The most memorable moment of the Miss Universe pageant for many viewers was the 2015 mix up by Steve Harvey. Miss Colombia was accidentally announced as the winner, instead of Miss Philippines. His mistake was extremely embarrassing for the two contestants, and went viral. Shortly after the incident, Donald Trump sold the pageant to the William Morris Endeavor (WME-IMG).

Since taking over Miss Universe, the 2016 competition went a bit smoother. Of course, Steve Harvey will have to be on his best behaviour for his third year hosting. After the mistake, bookmakers started taking bets on whether or not it would happen again. This year, there won’t be any offers for another mix-up.

No bookmaker stretch is complete without longshots in any competition. This year, the odds for other countries winning the pageant go up to 275-1 for the top 16. Underdogs for the moment include Slovenia, Tanzania and Zambia. Last year’s winner, former Miss France Iris Mittenaere, will likely not see another French Miss Universe.

Iris Mittenaere was the first French Miss Universe winner since 1953. Odds for the current Miss France winning are 90 to one. As always, we at NZ Casinos recommend spreading your bets while gambling. So, check out the best at your online bookmaker today and cash in this Sunday.