It’s not unheard of for casino operators to be accused of unethical behaviour in 2017. After all, they handle thousands of dollars every day. However, a money laundering claims investigation by the British Columbia Lottery Corporation (BCLC) has led to serious backlash. The casino in question, River Rock Casino Resort in Vancouver, has been accused of laundering money. 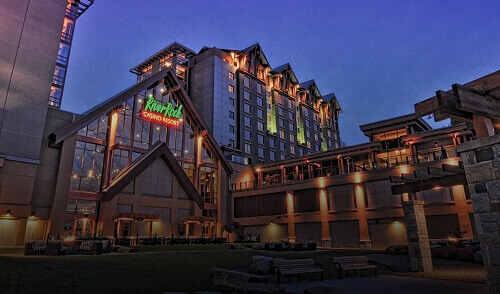 While the BCLC is currently investigating claims at River Rock Casino, they are not investigating the operator. Mr Baker went to great lengths to mention this in his statement. He said that, to the company’s knowledge, they were ‘not under investigation in any jurisdiction.’ In Canada, each state has its own regulator for gambling and lotteries. In this case, River Rock Casino Resort falls under the BCLC.

The claims of money laundering began when the Attorney General found a large number of transactions by Chinese VIPs, found by a separate investigation. When the findings were made public, the BCLC chose to launch another enquiry. However, media reports appear to have blown the matter out of proportion. While some Chinese VIPs had made strange deposits, this was by no means evidence of money laundering.

Part of the findings around the River Rock controversy included documents for large buy-ins in 2015. These findings seem to support criminal activities, but all transactions were reported to the BCLC. River Rock Casino made only 1194 suspicious claims out of 54 000 transactions at the time. More so, they only made 1209 bans during the year. While this is not clear evidence, BCLC officials were ‘concerned’ about the statistics.

So, the investigation has a lot to look into, but it’s still unclear what they could find. Other investigations in the state have found more money laundering schemes, but they are not linked to River Rock as yet.