NetEnt AB and NetEnt Americas LLC have just been approved as a supplier to the British Columbia Lottery Corporation. NetEnt is a Swedish casino game supplier famous for their no download casino games. The company was approved by the Gaming Policy and Enforcement Branch (GPEB) a recognised gaming regulator in Canada. 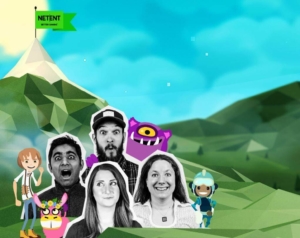 Each state of Canada has its unique licensing system, which helps proceeds from gambling fund communities. Like New Zealand, part of these proceeds go to problem gambling help and will support education as well as healthcare. The province is the third largest in Canada, with roughly 4.6 million citizens.

NetEnt AB, which owns NetEnt Americas LLC, is now one of the largest casino providers in the world. According to NetEnt CEO, Per Eriksson, the company has the ‘largest presence on regulated markets in terms of number of licenses and certifications’. As one of the most successful casino game developers in the world, NetEnt has offices in New Jersey and Stockholm. As well as Kiev, Malta, Gothenburg, and Gibraltar for their growing global offices.

With this breakthrough, NetEnt AB has also started a new campaign called ‘The Challenge.’ The campaign follows 900 NetEnt employees as they try to summit the European Alps. Details of the climb will be spread over eight episodes for a documentary of the same name. More so, each episode will be roughly ten minutes long and show viewers how NetEnt works.

As the Challenge progresses, employees will take part in helping their four colleagues scale the mountain in a reality-TV-style documentary. As a part of their ‘Better Mondays’ policy, NetEnt hopes to motivate employees to enjoy their work. The policy came about as a way to motivate NetEnt AB pokies developers to have a better work day because their jobs are stimulating. Hopefully, this won’t be the last advancement for NetEnt AB, check out their games and other features on our NetEnt page.