Another whistle-blower has stepped forward in the case of pokie tampering at the Crown Melbourne. The former employee has given new evidence which could prove the case against Crown Resorts. This new claim joins three others, also made by former employees. Pokie tampering is, of course, illegal at land-based casinos and Internet casinos. Allegations include changes to game interfaces, changing return-to-player percentages and removing betting buttons.

While it is not the first time a former employee has made such claims, the allegations are damning for the casino operator. However, since they were not reported to the Victorian Commission for Gambling and Liquor Regulation (VCGLR) or the police, the claims may be unfounded. The whistle-blower wished to remain anonymous and so didn’t report his hacking allegations to authorities. 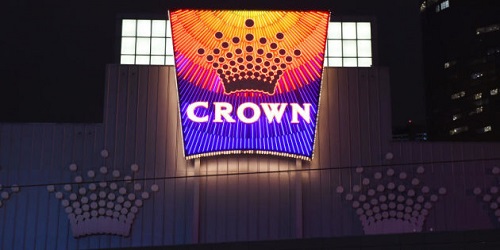 Originally, Andrew Wilkie, an independent member of the Australian Parliament, brought the slot tampering allegations forward. At the time, these allegations were released in a BBC video when the casino operator was taken to court by a pokie addict. Shonica Guy had made the same claims against Crown Resorts and Aristocrat in September and sued both companies.

Crown Resorts called on Wilkie to provide his proof to authorities. Wilkie’s involvement in the matter has led many to doubt their authenticity. At the time of writing, a formal federal investigation is yet to begin. With four witnesses, the VCGLR might just look into the allegations in 2018. If the casino operator has been physically changing pokie machines, they might be in serious trouble.

In 2017 alone, Crown Resorts has been in the public eye for a number of reasons. Their Macau employees were arrested and charged with gambling crimes, with executives serving jail sentences in China. Following the arrests, the gambling operator pulled out of their international development plans and tried to focus on domestic operations.

However, Wilkie’s ‘vendetta’ against Crown Resorts has further dragged the operator down. It’s possible that the issue may just result in more drama for the chain of gambling ventures. Keep visiting NZ Casinos to stay up-to-date with casino news.