The owner of the World Poker Tour, Ourgame International Holdings Limited, has a new card up their sleeves. Ourgame is based in China, and is well-known for their online card games. More so, they own the World Poker Tour (WPT), making them a driving force in two industries. Recently, Ourgame has turned their eye on eSports, hoping to cash in on the growing industry.

On top of their impressive portfolio, the company also owns Allied eSports International. Allied eSports is part of a global network for eSports tournaments. Ourgame is planning to expand into Japan, while they also build new arenas in the United States and China. 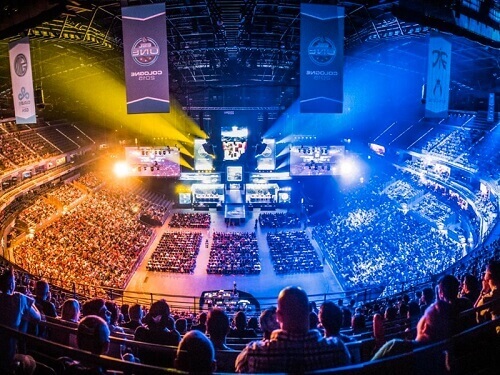 The funding for these expansions will come from subscription shares for Ourgame International. These shares can be bought by investors, which will help the firm to carry out their plans. According to Inside Asian Gaming, the shares is expected to gather around 416 million Hong Kong Dollars (HKD) (±NZ$75 million) on the Stock Exchange of Hong Kong Limited (HKEX).

Roughly 125 million HKD (±NZ$22 million) will be spent on expanding the eSports network globally. This will include building four to six arenas in the US, and two to four in China. Building should begin in 2018 and finish in 2019. Allied eSports has been working on a venue at the MGM Luxor Casino and Hotel on the Vegas strip since 2016.

Ourgame will also be working on expanding the World Poker Tour by using 62 million HKD (±NZ$11 million) of their expected shares. Roughly 25 million HKD will be used on tournaments, marketing and TV content in South America and Japan. All of these plans were kick-started by Ourgame’s financial losses in 2016 to 2017.

So, we’ll be looking forward to more great poker and eSports coverage in 2019. After all, eSports betting is now legal in Nevada and parts of the US. With more arenas, professional tournaments could soon follow. Keep visiting NZ Casinos for all the latest gambling news.