It’s been a tough year for online poker fans in Australia following revised laws. Since September this year, online poker bans have been in effect. The laws were passed by the AU Senate a week after an enquiry was launched by officials. This left gamblers in the lurch after hundreds of casino operators and game developers cut their losses.

The new laws have become a topic for online casino players across the globe. Particularly after high taxes and operating fees were tied to the Interactive Gambling Amendment (IGA) bill. However, the investigation continued for Australians, who participated and gave their views on Internet poker rooms. The report has been released, but the findings are a tad contradictory. 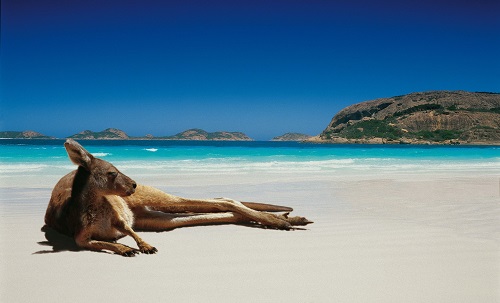 Part of the IGA legislation was formed to protect vulnerable gamblers from accessing rogue casinos. Particular games in Australia were given codes to legalise their play in the country. Sadly, online poker was never given a code, and has since become illegal to play. The inquiry found that semi-professional and professional online poker players were dependent on the income from these games. Also, it was found that these players may turn to black market sites to earn their income.

Regulations in Australia were meant to monitor these kinds of operators, but the blocks suggested are questionable. By blocking online casino Internet Service Providers (ISPs), lawmakers run the risk of black market sites switching to other providers. All the while, legal Internet casinos will be stuck without another plan if their regulator is based overseas. This decision by the Australian government has also made it difficult for overseas-licensed casino sites to operate at all.

Now, the findings by the inquiry into poker bans have suggested that the game should not be banned. However, the investigation team suggested ‘more research’ before the bans are reviewed. More so, it was suggested that poker is ‘not as likely to cause’ harm to gamblers as other games. Gambling addiction is a large concern is Australia, but current regulations seem to be doing more harm than good.

For example, the exit of top brands like 32Red, PokerStars and other offshore operators has plummeted gambling in Australia. Rather than face huge fines, license fees and other regulations, these brands chose to exit. Local operators appear to have no problems, which seems to support Australia’s regulations. However, we’re not convinced that the findings of the inquiry will have any impact in 2017.