It’s not easy to build a casino resort these days, as Hong Kong investor; Imperial Pacific International (IPI) is fast discovering in the Northern Mariana Islands. The planned Saipan casino resort they are currently constructing has seen some serious drawbacks in 2017. From inclement weather, to the passing of a construction worker, their October 2018 deadline is looking unrealistic.

Another issue faced by IPI is that the Vice Chairman of the Casino Commission of the Commonwealth of Northern Mariana Islands doubts them. So far, the Hong Kong firm has already received a 16-month extension on their development from the gambling operator. This is due, in part, to delayed shipments and a workforce with limited experience to complete their first phase. 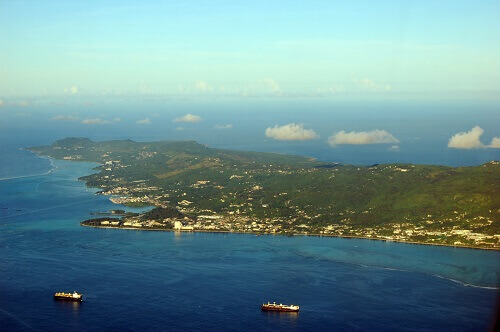 This will not be the first time IPI has faced doubts over their billion Dollar project. The first phase was meant to be completed in March 2018, but was pushed back. Internally, they also questioned the funding they had set aside and needed to increase investment. They claim that this is to turn their Saipan casino resort international.

However, the delays have made this initial US$3 billion (±NZ$4 billion) resort is turning into an expensive pipe dream. After doubling their funding to US$7 billion (±NZ$10 billion) they seem set on finishing their universal resort in the Northern Mariana Islands. Joseph Reyes, the Vice Chairman of the region, has said that he doubts the completion of the project by 2018.

More pressure has been added to IPI, as its Casino License Agreement with the regulator will soon expire. Mr Reyes believes that they will amend it again to reflect a 2023 deadline for the construction. This will lead up to a 2028 completion for the Saipan casino resort if there are no further delays.

The planned resort will be located on Saipan Island in the small tourist village, Garapan. It will cover 140 000 square metres and house ‘multiple entertainment facilities’. These include retail, food and beverage options as well as a 14-storey hotel. The casino is expected to have 350 poker machines and 200 gaming tables. Time will tell if the ambitious Saipan casino resort will meet the deadlines set out and stay on budget.