Samsung Galaxy 8 is the latest addition to the Samsung brand, and claims to be ‘fool proof’ with new security features. From facial recognition to easier finger print scanning, this smartphone is trying to outdo all other smartphones on the market. With features rivalling Apple iPhone 7, the S8 is expected to overtake the smartphone market in 2017.

However, the first owners of the phone have found a hiccup that Samsung clearly didn’t anticipate. Since announcing the device with a catchy new ad and some great editing, Samsung has clearly expected fans to fall head over heels for the device. The brand is banking that Android users will forget about the recalled Note 7 which had a tendency to explode in warmer weather. As New Zealand is no stranger to the heat, this was quite a problem for the worldwide release of the device. 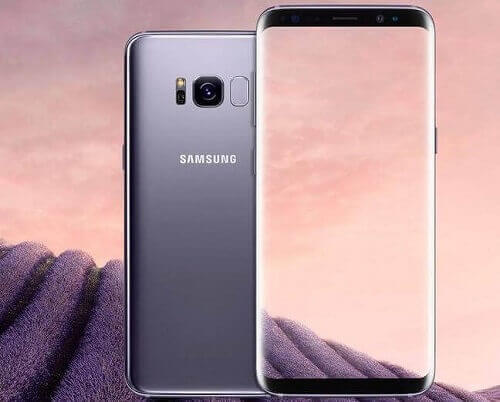 This is where, as they say, the papaya hits the fan. The new, state of the art feature is the Samsung Galaxy 8’s claim to fame. However, reviewers from iDeviceHelp have found out that your face doesn’t necessarily have to unlock your phone. A selfie saved on someone else’s device can also trick the S8 into unlocking.

While this hiccup fades in comparison to actual exploding devices, it’s still a bit of a damper on a comeback. If you don’t believe us, just ask any pop star who released a track right after Lorde. Comebacks need to be faultless, and this is sadly a fail for the Samsung Galaxy 8.

Other than the facial recognition, the S8 also comes with an Artificial Intelligence ‘assistant’ nicknamed Bixby. Similar to Apple’s now infamous Siri, and Windows’ Cortana, Bixby will help Samsung users with everyday tasks. Bixby is, sadly, not available to Samsung fans outside the United States as yet.

After the reveal, the Korean company stated that they “…offer the highest level of biometric authentication…” to keep your data safe. Biometrics being defined as “technology that reads iris patterns or fingerprints”. Whether or not this feature is fixed, we know New Zealand’s Android fans will be waiting in anticipation for the Samsung Galaxy 8 to reach our shores. It’s still unclear if the device will actually turn dedicated Apple users to flock toward its sleek features and design.

Mobile casino fans will be glad to know that the newest version of Android is supported by Samsung. Therefore, you can still enjoy your favourite casino games on your Samsung Galaxy 8 Android device. For a quick look at the specs and other features of the Samsung Galaxy 8.