SkyCity Casino has faced the Employment Regulations Authority (ERA) for firing a casino operations manager. The ERA ruled that the manager in question, Keith Hayashi, wrongfully promised NZ$310 400 to a high roller in February 2016. However, the payment was stopped by the casino operator before it could be made. The Kiwi player’s details have not been released as she is a high-value international client. 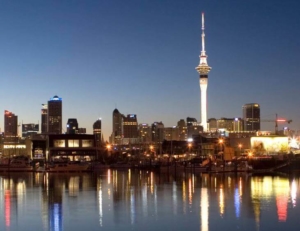 In the early hours of a ‘sunrise shift,’ Hayashi made an error regarding a Baccarat table limit. In a casino briefing, the ‘any pair’ side bet had been restricted to NZ$25 000. However, Hayashi believed the limit didn’t apply to the room where the game took place. The casino manager approached the player, supposing that she had been playing the wrong table limit.

He then decided that the player should be paid out retroactively for her nine days of play. Once the payment was calculated by two other employees, Hayashi told the player what she could expect. However, the chief executive of SkyCity Casino needed to sign off on the payment. He suggested that the casino make a ‘goodwill payment’ to her, but his manager disagreed. After speaking to a superior, Mr Hayashi had to return to the player and tell her the payout would no longer happen.

The figure was eventually paid out to the player, but the casino manager was let go in May 2016. He took his case to the ERA, claiming he was unfairly fired. Mr Hayashi had worked for SkyCity Auckland since 1995 and asked for reparation in his case. The ERA judge, Andrew Dallas, ruled in favour of SkyCity Casino. In his decision, Judge Dallas wrote: “Mr Hayashi may have had the employer’s best interests at heart, but SkyCity did not see it that way.”