Electronic Arts Inc. has been pushing their new Star Wars Battlefront II game for months. Unfortunately, all the publicity has brought to light some serious problems with their game mechanics. Electronic Arts, or EA Games, is not the first video game creator to offer in-game currency and ‘loot’ to their players. However, their game model has come under fire for promoting in-game purchases and a ‘pay-to-win’ mentality.

Earlier this year, game ‘loot’ was criticised by gambling regulators for offering prizes in a similar way to jackpots in casino games. At the front of the criticism was Battlefront II after pre-releases and beta testing by outside players. Star Wars game Battlefront II has been highly anticipated by fans, but problems quickly came to light when players found certain characters and game extras locked. They would have to pay real cash for these extras, or play for hundreds of hours to earn them. 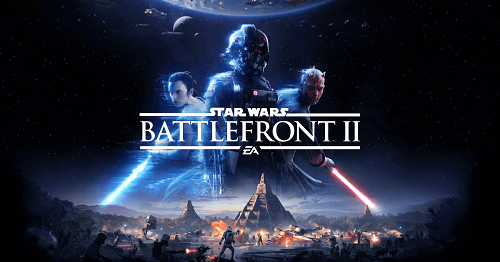 For online gamers, loot boxes are not a new thing, they’ve been around since multi-player games began.  However, the price of these loot boxes, and the randomness of the prizes they give, has become a problem for gambling regulators. According to legislators in countries like the United Kingdom and Belgium, these boxes are too similar to gambling to not become problematic.

After all, prizes are randomly given after players pay for them, much like a bet on a hand of cards. Video game studios believe that the process is not gambling, even though some players bet on what they might receive through third-party sites. For EA Games, the issue came to a head after one player calculated that he would have to play for 4258 hours to earn a locked character someone else could buy. To make it worse, online players paid US$80 (±NZ$117) only to find out that their favourite characters were ‘locked.’

Part of the problems found by players lay in the exclusive pre-release of the new game. They found that unlocking characters made famous by the Star Wars movies would cost thousands of dollars. EA Games responded by dropping the price of these characters by 75%. This was not enough for players who had found out how long it would take to earn the characters through playing.

Of course, this may have been avoided by EA Games, who admitted their faults in multiple statements. They could have taken the experiences of other famous multi-player games and kept their in-game transactions reasonable. They could have made it easier for players to earn more in-game cash through play. It would seem, like with most EA Games titles, that this was not a priority. This is, of course, just our opinion, and we may be mistaken. Time will tell if EA Games will learn from this experience.