It would be nice to announce a new casino resort in Queensland without having to mention political agendas. Unfortunately yet another casino resort is facing opposition from local government. While a new resort on the Sunshine Coast could create jobs for residents, the Liberal National Party (LNP) is convinced that Queensland doesn’t need a new casino.

This comes just months after three casino proposals for Gold Coast City were also rejected by politicians. The announcement by the Liberal National Party came after a Cambodian gambling operator, NagaCorp, reportedly visited the Sunshine Coast earlier this month. Representatives from the operator visited Maroochydore, where a multi-million dollar project for a new Central Business District is currently being developed. 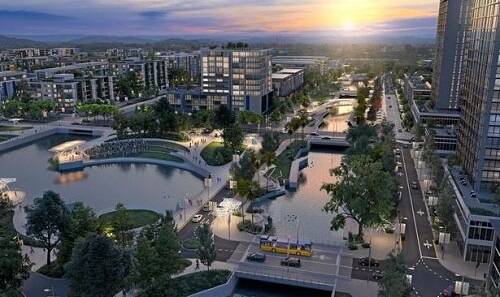 The Maroochydore central business district project will occupy roughly 50 hectares and include a new city hall. Other buildings will include office spaces; dining, entertainment and convention facilities, and residential buildings. In 2016, Mark Jamieson, the Sunshine Coast Mayor, proposed adding a casino resort to the project. He reasoned that the facility would create more jobs and boost tourism in the area.

However, the Liberal National Party’s promise to oppose any casino suggestions has thrown a spanner in the works. As a result, they have ‘encouraged’ the City Council not to ‘apply for a casino license.’ Reportedly, LNP leader Tim Nicholls has assured MPs that he would back any ban on a casino complex in Maroochydore.

This will not be the first time a casino resort plan is rejected by lawmakers. Another Asian casino operator, ASF Consortium, was a favourite to be granted a casino license for their Gold Coast project. However, at least two locations for the resort were rejected because they would remove community buildings or parks in the process. Added to this was a deal with Caesars Entertainment, who would run the casino portion of the project.

Current Queensland regulations will allow for one new casino resort. It would seem that officials would prefer no more gambling opportunities in the state. In other states, gambling is a tough business to be in because of new laws and provincial policies. Keep visiting NZ Casinos for all the latest gambling news.