Ten Crown employees have been released from Chinese custody following a sentencing trial in Shanghai, China. Sixteen employees have been fined roughly 8.62 million yuan (NZ$1.75 million) which will be paid by Crown Resorts. The employees were detained after official raids, in October 2016, for ‘gambling crimes.’ 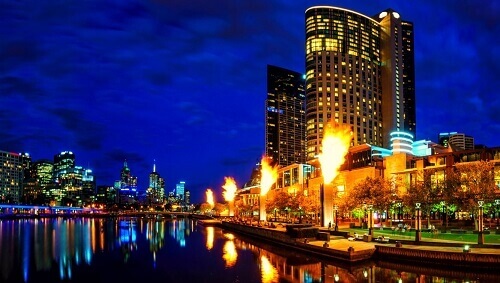 Following the arrests, Crown Resorts has since pulled out of their international operations. According to reports, 18 employees were detained by Chinese officials in Macau and then transported to Beijing. Three employees were Australian nationals, and the head of Crown Resorts’ Macau VIP division.

When officially charged, it was revealed that the Crown employees were going against Chinese policies regarding advertising gambling. Additionally, the VIP division had possibly organised groups of more than ten Chinese gamblers to visit Macau. This is illegal according to Chinese gambling regulations, though Crown is not the only operator to do so.

In light of the arrests, Crown Resorts sold their stake in Melco Crown Macau to protect the employees sentenced. The move came after James Packer returned as CEO of Crown Resorts Limited to focus on their domestic projects. Crown has also tried to fly under the radar in hopes of reducing animosity between the casino operator and Chinese officials.

However, this has resulted in a lawsuit by Crown investors, as the firm was expected to inform shareholders of legal problems in the company. More so, the casino operator failed to inform investors of their intentions before announcing the changes to the media.

Hopefully Crown Resorts has seen the last of their issues in Macau, and can focus on their newest AU projects. However, five other employees have not been punished as yet, so the verdict is yet to be announced on this one. Keep up to date with the latest casino news here, at New Zealand Casinos.