The WIGs, or Women in Gaming Awards, were held at the Savoy Hotel in London on 12 May. Play’n GO won the biggest award of the night, and received four other nominations. The company has been voted the most diverse iGaming firm in the world. More than 43% of the supplier’s management positions are held by women, and the company prides itself on rewarding all employees for their work. Additionally, Play’n GO rewards their employees for decision-making and leadership skills above all. 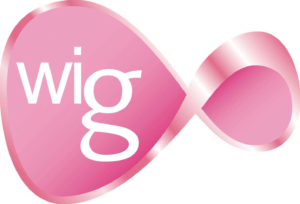 Play’n GO was also nominated for four individual awards which included Leader iGaming, Team of the Year, Best Place to Work, and Employee of the Year. Based in Växjö, Sweden, Play’n GO is committed to diversity within their Swedish, Maltese, Hungarian and British offices. More so, this had a clear impression on the WIGs judging panel.

Chief Executive Officer at Play’n GO, Johan Törnqvist, said that their diverse team helped to “create a dynamic working environment.” Then, he went on to say that this was how Play’n GO would remain at the “forefront of the gaming industry for the foreseeable future.”

Here are all of the winners from the Women in Gaming Awards for 2017.

Overall, the excellence of iGaming can be seen at these and other awards. As a result, Kiwi players can always expect high standards from gaming firms. We can’t wait to see what else they have in store for New Zealand’s best online casinos. After all, creative casino games are the best games to enjoy while gambling for real money.