World Series of Poker (WSOP) – the premier poker tournament across the globe, has announced a new deal. The WSOP main event will be held at Rio All Suites Hotel and Casino in July of 2017. This will be the 48th running of the poker tournament series. Ahead of the Las Vegas event, WSOP has decided to get rid of their November Nine format. However, the tournament is still a bracelet event, so all players need to pay to play. 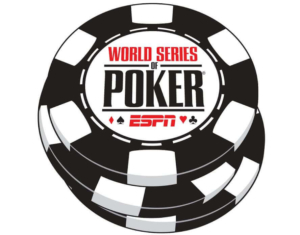 Broadcast of the World Series of Poker

As of 2017, the World Series of Poker has signed a deal with Poker Central.  The deal includes the global television and digital media rights for the event. Over 40 hours of gameplay will be broadcast on ESPN and ESPN2 during the finals.  Any coverage that doesn’t air on ESPN will be stream on Poker Central’s channels.

ESPN has been the official broadcaster of the WSOP since 2002, and have signed a decade-long deal with the World Series of Poker. Poker Central and ESPN have brokered a deal to broadcast all of the action. From the first day until the final table finishes, Kiwi players can tune in and watch all of the action unfold.

While the main event was previously held in the Amazon room of the Rio, the WSOP decided to move the table to their Brasilia room across the hallway. Veteran players will notice the differences from previous years while playing.

The Player of the Year Award will be sponsored by Kings Casino Rozvadov for the first time. Based in the Czech Republic, the land-based casino has one of the most famous poker rooms in Europe. More so, the Player of the Year winner will win seats to the World Series of Poker 2018 Main Event. They will also win seats at the WSOP Europe main event.

In 2017, Poker is one of the most popular table games in land-based and online casinos. Almost every version of the game is enjoyed across the globe. From Texas Hold’Em to Omaha, every shape and form of the game can be enjoyed by new and veteran players alike. Learn how to play like a pro with our online poker guide. So practice your skills, and you might just be a bracelet event finalist at the next WSOP main event.