Players across the globe took part in the WSOP this year, with winners from Australia and Brazil taking the pot at qualifying tables. However, only a handful of the best players would go through to the week-long final table Main Event playing No-Limit Hold ‘Em. The final table took place at the Rio All Suites Hotel and Casino in Las Vegas, Nevada. 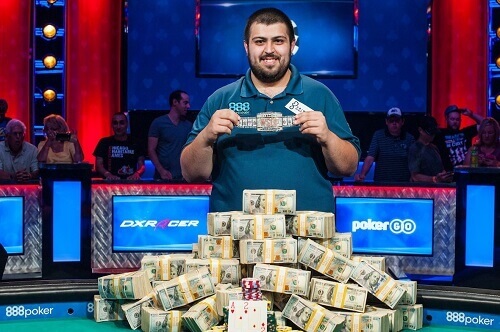 Blumstein had only participated in a handful of WSOP tournaments leading up to this win. This was also his first time playing the main event. Not bad for a newbie to professional poker player. With eight other players at the table, Blumstein needed all the luck he could get. Starting with a chip count of 97 million gave the New Jersey man quite a head start.

Blumstein enjoys playing online poker, as New Jersey is one of three states that allow interactive gaming. Only two players at the table, Ben Lamb and Antoine Saout, had made it to the final nine before this year’s main event.

Blumstein won with an unlikely deuce and an A-2 off suit, as well as a low pair to steal the win. For more poker and casino news, visit New Zealand Casinos.