This is the 48th World Series of Poker, with many exciting changes to the line-up. Additionally, World Series has also partnered with ESPN to cover gameplay for the tournament. So, as WSOP is a pay to play event, Kiwi poker fans can still watch each event online. 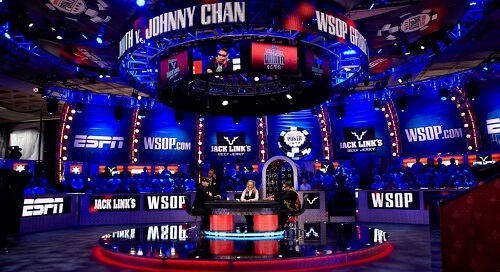 WSOP 2017 began on in May, with 74 bracelets on offer for land-based poker tables. The three online gold bands are the first events to be played online for the poker giant. However, their first online games were offered back in 2015, allowing poker fans from all over the world to take part. So, stakes are high for casual and professional poker fans, with the first two bracelets won at Event #8 and #61 on the official WSOP schedule.

Other bracelet winners for 2017 include the following poker players:

The World Series of Poker tournament ends officially on 13 July 2017 with three No-Limit Hold ‘Em events. More so, the final online event is on 7 July, where the final gold band is up for grabs. Final World Championship events follow on Saturday 8 July, Sunday 9 July and Monday 10 July with US$10 000 (NZ$13 000) buy ins. Also, this is the first World Series of Poker to take place outside of their usual November Nine format.