The World Series of Poker Europe (WSOPE) tournament is coming to a close for 2017, and one winner has sparked some serious bitterness. Chris Ferguson just won his sixth bracelet in the WSOP in Pot-Limit Omaha Hi-Lo 8, but poker players are not happy. Ferguson is well-known among poker players for his website Full Tilt Poker, which was shut down in 2011.

This was because online poker was outlawed in the United States. Players at the site were left hanging when their cash went down with it. Many still blame Ferguson for their losses after he reached a settlement with the US government in 2013. Full Tilt Poker was bought by PokerStars who opened it again to players. Online players were never repaid by Ferguson or his associates. 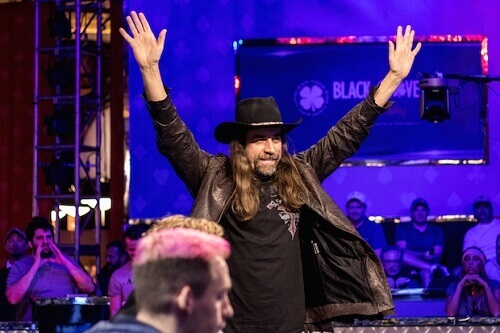 Player of the Year

After Full Tilt Poker was shut down, Ferguson chose to take a hiatus from professional poker. Before this month, it had also been 14 years since his last bracelet win. Added to this is the fact that, since his return, Ferguson is already heading for Player of the Year. The WSOP Player of the Year is determined by a few factors, but mainly it’s how much a player wins at tournaments.

After his last win, Ferguson took home €39 289 (±NZ$65 490), which puts him in the lead for the title. This, added to his winnings of US$9 million (±NZ$13 million), puts him in a great spot to win. This is his sixth bracelet win, and he joins 15 other players who hold six bracelets. Phil Hellmuth is the only poker player at the WSOP with 14 bracelets.

However, many players are not happy that he’s back at all without so much as an apology to those who lost money on his venture. When Ferguson returned to competitive poker in 2016, some professionals were angry. Daniel Negreanu went so far as to claim that ‘Any man with a shred of integrity or human decency would understand an apology is owed.’ However, Ferguson doesn’t seem to be forthcoming with an apology, and only told WSOP.com that his time away helped to ‘clear his mind.’