The Chinese law enforcement has begun using drones to prevent citizens from gambling illegally in the country. Chinese Media call the drones the eyes in the sky. The drones scan the landscape of illicit gambling houses that have been hidden well.

Despite the strict gambling laws that China is well-known for, illegal gambling has been persistent in the country. This trend has forced the Chinese police to use drones to assist with combating the illicit gambling industry. Conversely, the only province that allows legal gambling is Macau. 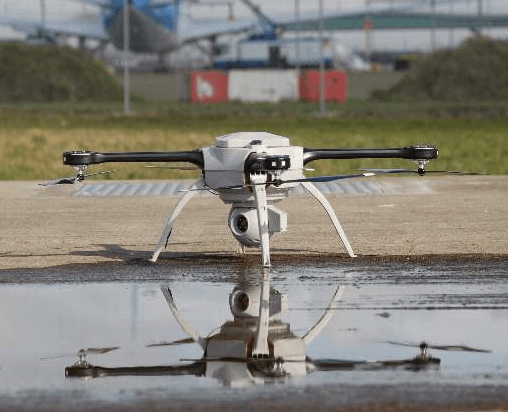 Many Arrested for Gambling Illegally

Several illegal mobile casinos have been raided since 2018 with the help of these drones. In July 2018, the police arrested suspects who had set up an illegal gambling house in a residential complex in Guangxi Province.

According to the Shushan Branch of the Public Security Bureau, law enforcement arrested 35 people based on footage taken from a drone. Previously, the Chinese police had struggled to capture this gambling ring due to its constant location changes. The police looked at the footage from almost a kilometre away and compiled evidence based on what they saw. One of the individuals arrested confessed that he resorted to selling his house after he incurred a gambling debt of approximately 1 million yuan.

Most provinces in China have begun using similar law enforcement techniques to dissuade citizens from partaking in illegal gambling. In the Guangdong Province, drones were reportedly seen surveying the sky during the Chinese New Year to discourage people from gambling illegally.

Jail time of up to ten years could be the consequence of those caught operating an illegal gambling house. Those found participating in unlawful gambling activities could end up in prison for a maximum of three years. Additionally, foreign nationals caught gambling illegally will face the same sentences.

For the latest gambling news, and updates on this story, keep visiting New Zealand Casinos.