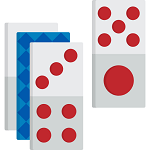 Online Sic Bo has some similarities to the casino game of Craps. However, it is believed to be far older than the more popular dice game. Sic Bo is believed to be one of the oldest gambling games we currently know about and originated in China. While similar in some respects to Craps, it offers players a different challenge and experience. While still not as popular as some other casino games, it is has gained some serious fans in recent years.

How to play Online Sic Bo

The betting system can easily overwhelm new players. Like Craps, you’ll be on what you think the outcome of the dice roll will be, and this is where it can get somewhat complicated. This is why we at New Zealand Casinos recommend the free play mode to all players who need to refresh their skills and for new Online Sic Bo players. After all, learning the rules is a lot less stressful when you aren’t using real money. 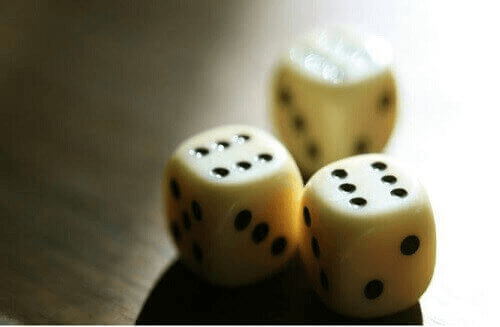 If you’re planning on playing Sic Bo and you’d like to hopefully do well in the game, it is quite important for players to be fully aware of the different betting options the game provides. It’s also vital that you know the odds with each of the betting options, so you are aware of how safe, or risky, the bet is. The two bets with the best odds are quite similar to betting red/black or odd/even in Roulette. Top tip: place multiple small bets instead of a single number wager.

The first is known as Big and Small. This is perhaps the most common form of wager players place in Sic Bo and gives you a 48.6% chance of winning. It also gives you a 1:1 payout. When a player bets on Big, they are essentially betting that the total of the dice roll will fall between 11 and 17. When betting on Small, you think it will be between 4 and 10. Be advised, though, you will still lose if all three dice show the same number. So, if you place a Big bet and land three 4s, you will still lose, despite the total being 12.

The next betting option is Odds or Evens. Like placing a Big or Small bet, the player has a 48.6% chance to win and they’ll receive a 1:1 payout if they do. As we’re sure you can guess, when placing an Odd or Even bet, you’ll be betting on whether you think the total value of the three dice will be an even or odd number. As with a the Big or Small bet, you’ll lose if all three dice land on the same number.

Three of a Kind

We’d also like to quickly touch on the Three of a Kind bet, also known as Triples or Alls. This is the riskiest bet in the entire game and will require you to bet on all three dice landing on a specific number of your choosing, between 1 and 5. Placing this bet gives you a 0.46% chance of winning, but the payout is an incredible 150:1. While this may be risky, the massive payout will often get people to try their luck and sometimes, it pays off.

There is also a slightly less risky version of this bet, which sees players betting that all three dice will land on the same number, however, they won’t have to pick which number that will be. This means that if you’ve placed this bet, if all three dice land on the same number, you win. The payout is obviously not as great, but still offering a respectable 30:1. The odds though are quite a bit better, giving players a 2.8% chance to win. 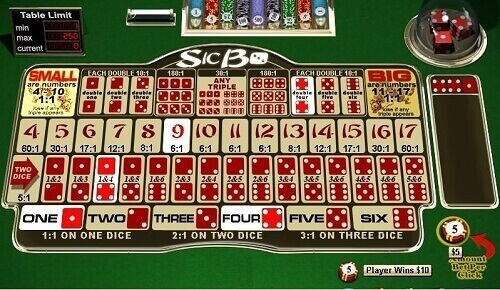 While these may be some of the better known betting options in Sic Bo, they definitely aren’t the only ones available to players. Below you’ll find some other betting options: 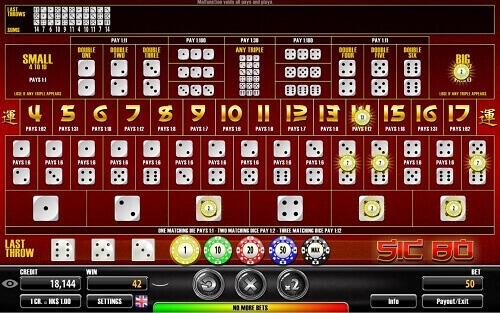 If playing Sic Bo is part of your plan, these are some of the most important terms we recommend you learn. 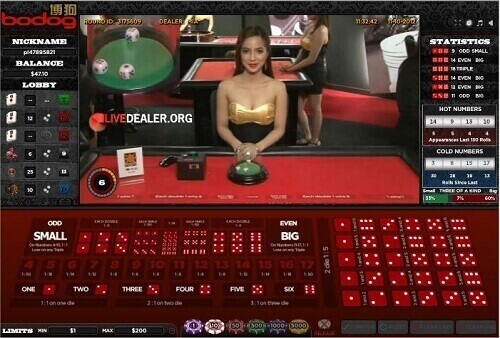 The History of Sic Bo

Sic Bo is believed to be one of the older casino games that is still played today. As is often the case, the exact origins of the game are not known, but we do know that it originally came from China. As for when the game was invented, we’re not sure at this time. In China, it was known by several names. These included Tai Sai od Dai Siu, which roughly translates to ‘Big Small.’ The name Sic Bo means ‘Precious Dice’.

Sic Bo in the 20th century

When it was first played, it is believed that Sic Bo was played by using small bricks with numbers or other symbols on them. These bricks would eventually be replaced with dice. It wasn’t until the 19th Century or so when Westerners would get their first exposure to the game of Sic Bo. It made its way to America, as Chinese migrant workers arrived in the country to help complete the Transcontinental Railroad. Even though Sic Bo had arrived in America, it stayed within the Chinese population for many years.

It wasn’t until the 1920s that some Americans started to take notice. From there, it slowly grew in popularity and became a carnival game. Unfortunately, this meant that it would offer much lower payouts than you’d find in a casino. This may have stunted its growth for a while, but eventually, Sic Bo managed to find its way onto a casino floor in the 1970s, however, this was in Macau. It wouldn’t be found on a casino floor in Las Vegas until the 1990s.

What is Online Sic Bo?

Online Sic Bo is the digital version of the table game Sic Bo. In many ways this can be considered a Chinese version of Craps, or perhaps to be more accurate, Craps is a Western version of Sic Bo. It uses three dice and players wager on the outcome of the roll.

Do I need any special software to play Sic Bo online?

This depends on which online casino you’ve decided to play at. Some will require you to download their software to access their game library. Others will allow you to play directly from your web browser, while some ill even give you a choice between the two.

Which bet pays out the most?

If you plan on winning the most amount of money possible, you need to place a Specific Triple wager. This means that you need to choose a specific number from 1 to 6 and your chosen number needs to appear on all three dice. This is extremely rare, but the payout is very large.

Can I try it for free?

As Sic Bo is not the most popular game around, many players have never tried it. If you’re interested, you might want to try and play it for free before spending any real money on the game. Thankfully, most online casinos will allow you to try online Sic Bo for free before you start to place real wagers.

When you’re new to the game, we recommend you place the types of bets you’re most likely to win. This would be bets like Big/Small or Odd/Even. By placing these bets, you have a near 50/50 chance of winning, with a payout of 1:1

Are there any good strategies to help me win more often?

The unfortunate truth of the matter is there is nothing you can do to win more often in Sic Bo. This is a game of pure chance, and when those dice are rolled, anything can happen. There is no way to really predict what sort of result you can expect from the roll.