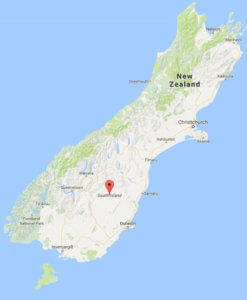 While being home to the best sights in New Zealand, South Island also has three world-class casinos. They aren’t the Las Vegas mammoths expected by most people, but they are some of the best entertainment destinations in South Island. SkyCity Casino Queenstown, SkyCity Wharf Casino and Dunedin Casino are both situated in mainland New Zealand.

Skycity Casino is the best entertainment destination in Queenstown. There are two casinos, one situated on the wharf and another near the centre of the city. Featuring free live entertainment, a TAB terminal, and the famous Wild Thyme bar and restaurant. The two casinos feature table games such as Blackjack, Craps, and poker as well as hundreds of slot machines.

Dunedin Casino, located in the city of Dunedin, is also a popular entertainment destination. The second oldest casino is New Zealand has been around since 1999. With games including Blackjack variations like Texas Hold ‘Em and Caribbean Stud Poker, as well as a few hundred slots, Dunedin Casino caters to every gambler. 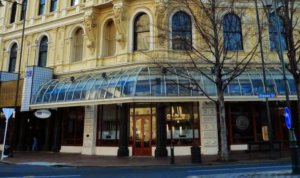 With all the breath-taking sites in South Island, it’s difficult to pick only a few to see first. However, listed below are some of the best destinations in South Island.

Located within the Fiordland National Park in the southwest of South Island, the Milford Sound is a naturally occurring fiord. In 2008, the Bay was judged to be one of the world’s top travel destinations by TripAdvisor. It was also named the eighth wonder of the world by Rudyard Kipling, author of the Jungle Book and Just So Stories.

Named after Milford Haven in Wales, the Milford sound is also known as Piopiotahi. Two waterfalls also form part of the Milford Sound, namely Lady Bowen Falls and Stirling Falls. Steeped in legend and myth, this wonder is a must-see in South Island.

The towering peak of Mt. Cook, or Aoraki, is situated in the Southern Alps. Mt. Cook is made up of three peaks, namely High Peak, Middle Peak and Low Peak which lie slightly to the south and east of the Southern Alps. Visible from Lake Pukaki and as far as Greymouth, the mountain and surrounds are a great destination for casual hikers and tourists.

The first known ascent on Mt. Cook took place in 1894, and there have only been a handful of successful attempts since. Aoraki is known as New Zealand’s deadliest peak, so caution is always advised. For those who prefer a more relaxed approach, there are trails leading to the Tasman Glacier and the Hooker Glacier.

Project Janszoon, a trust set up by the park, is attempting to rehabilitate the ecosystems within it. They hope to be successful by the park’s 100th anniversary in 2042, a mere thirty years away. In the meantime, the Abel Tasman Park encourages visitors to enjoy the hiking trails and beaches.

Enjoy the beauty of New Zealand’s main land by visiting any of these stunning sights, or find a few for yourself. And when night falls, visit one of the great casinos South Island has to offer. 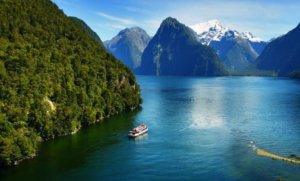