New Zealand businesses are investing in face recognition technology to identify their customers. More specifically, overseas retailers are using it to identify shoplifters. What’s more, law enforcement agencies use the same tech to track down criminals. So, what else can face recognition be used for in NZ?

Well, Foodstuffs supermarkets use it in some North Island shops. They own Four Square, Pak’n Save and New World supermarkets. Other businesses have been confirmed as users of this tech. Additionally, SkyCity will soon start using it to identify problem gamblers who have submitted photos to a register. 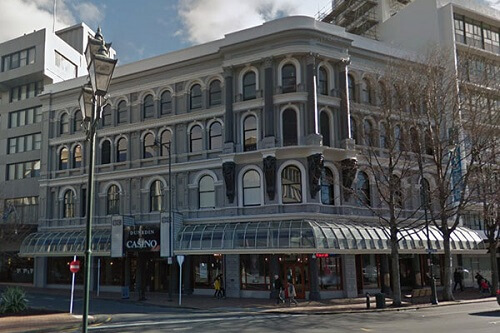 While some companies are open about using face recognition, Dunedin Casino has refused to confirm or deny that they use it. One customer in 2017 went out for dinner there with his wife. Unfortunately, they forgot to pay their bill. This was a communication error, according to the man, who wished to remain anonymous. He spoke to the Otago Daily Times (ODT), where he claimed that casino security identified him three months later. Luckily, he settled the difference once he was approached by security.

In a story published by ODT, it was revealed that Foodstuffs had been using face recognition. However, Dunedin Casino management has still refused to comment on the claims made to the newspaper.

Many flagship phones these days use face recognition as a security measure. This forms part of a technology known as biometrics. These technologies feature everything from fingerprint scans to retinal scans, and face recognition. One problem with biometrics is the programming that identifies a user’s face. For example, the Samsung Galaxy 8 could be unlocked using a static picture of the owner.

So, to put it simply, rather use your fingerprint and make sure you pay for your food at a land-based casino. Keep visiting NZ Casinos for all the gambling and tech news you need.