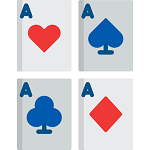 Online Poker is one of the most popular online casino table games in New Zealand today. Bets are placed on the value of a player’s hand. Online Poker rounds are decided by the strongest hand, which will win the game and the pot. Poker, as a game, has become a fun pastime for Kiwis to play with friends before playing for money.

With dozens of variants, Online Poker caters to any gambler at the best online casinos NZ. With classics like Texas Hold ’Em and Seven Card Stud available on almost every online casino in New Zealand, gamblers are spoilt for choice. Progressive Jackpot Online Poker is one of the most popular adaptations for Poker players throughout the world. This is due to the connected casino games available from various software developers like NetEnt and Microgaming. Progressive Jackpot games have a collective pot that is added to every time a player makes a bet.

As we mentioned above, Online Poker has many variations. Online poker today can have themes, or different rules depending on the version. Listed below are some of the most popular Online Poker variants in New Zealand. 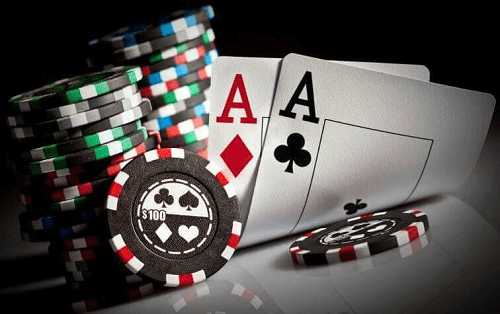 By far one of the most popular versions of Online Poker, Texas Hold ‘Em was first played in Texas in the 1900s. This version is popular at tournments and among poker professional players. This is because of the high stakes and betting rules.

Omaha Online Poker is similar to Texas Hold ‘Em, but players are dealt four cards instead of two in the first round. Players are able to use seven cards to make a hand in Omaha poker. As always, the highest ranking card wins.

This version of poker is different from the outset. In Seven Card Stud, players have to place a bet called the ‘ante’ before the game starts. Additionally, some cards will be dealt face up or down, which will be used to make the final hand. For the showdown, players must make the highest ranking five card hand to win.

Most versions of Online Poker at New Zealand casinos are based on the three versions above. Each of these versions is played with real money wagers, though many NZ casinos also offer free to play versions. All of our recommended casinos will have a free play mode, as well as live dealer poker games. Free play poker helps gamblers to find their feet with different poker versions or to familiarize themselves with the rules of the game. Live dealer poker features a real dealer and sometimes, real players. Some other poker versions are listed below: 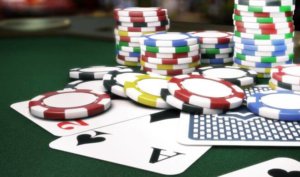 The table below outlines the card rankings for Online Poker. These cards are ranked from highest to lowest, and start with Ace, followed by the face cards and numbered cards. These cards are combined to form the strongest hand at a table, the combinations and ranks are shown below. We recommend familiarising yourself with these while learning how to play poker:

A few general rules to remember when playing Online Poker are listed below:

A few tips for Online Poker games are below, as well as strategies players can test out while learning the game. 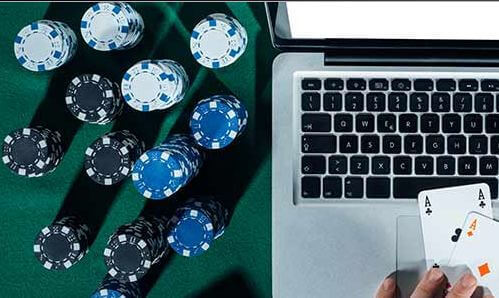 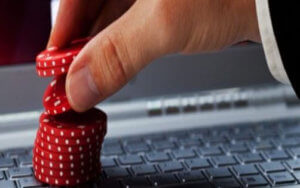 Online poker has many different beginnings and influences. The earliest game of poker recorded was in 10th century China, where the game was played with dominoes. In the 16th century, two versions were played in Persia and Spain. Primero, played in Spain, had the biggest influence on poker as we know it today. In Primero, players were known to bet and ‘bluff, ’ and the game eventually made its way to France and Germany. The game then became known as ‘Poque’ in France, or ‘Pochen’ in Germany.

When the game finally migrated to America and the new world in 1894, the game we know as poker was born. By the 1970s, the game spread to Britain and mainland Europe, and finally to computer screens in the 1990s. Poker as we know it now has many versions and all of them are available to New Zealand players at online casinos.

Can I play Online Poker at mobile casinos?

Yes. Most online casinos offer mobile versions of their games, including classic table games like Online Poker. These mobile casinos are supported by almost any Apple or Android device. So, you can also use the free to play option on mobile casinos before you wager with real NZ Dollars.

Is there a difference between an ante and a blind?

Yes, and it is quite a big one. Both are forced bets, but ante bets are made by all players while blind bets are made only by the two players to the left of the dealer. Ante bets are typically only made in games like 7 card stud. Blind bets are made before the two players can see their cards, the first player to the left of the dealer is the ‘small’ blind, and the next player is the ‘big’ blind. Once the blinds have made the bets, the players must raise or match the bets made to stay in the round.

Yes. New Zealand citizens and residents may gamble online providing the site is licensed overseas. This includes all online casinos and online betting agencies catering to New Zealand. However, anyone younger than 20 may not legally enter a land-based casino or play casino games like poker.

Is there a difference between playing Online Poker and traditional poker?

Yes, players who enjoy Online Poker will notice that the game is faster than in land-based casinos. Players will also have fewer distractions from other players and will be able to concentrate and make decisions easier.