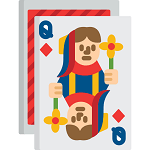 Online Pai Gow is an internet-based version of the popular Chinese game called Pai Gow. The online version can either use the traditional 32 Chinese dominoes, or playing cards. Pai Gow poker is one of the most popular versions of online poker in the world, especially in New Zealand. We’ll be looking at both versions of the game for Kiwi players. Read on to find out more about this famous casino game.

How to Play Pai Gow Online

As we’ve said, there are two versions of Pai Gow for NZ gamblers to enjoy. The first is the traditional domino game, played with 32 dominoes. While the second is played like a poker game with a pair of dice.

The game will start with eight face-down stacks on the table. Each stack will have four dominoes, and will be referred to as the ‘woodpile.’ These stacks can be rearranged by players in specific ways, followed by placing bets. Then, each NZ player will be given one stake of tiles to form two hands with two tiles each. The hand with a lower value is the ‘front hand,’ while the hand with a higher value is known as the ‘rear hand.’ 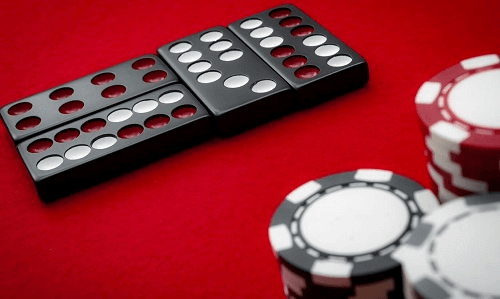 Pai Gow Poker is played with a 52-card deck, and is similar to Seven Card Stud. However, there are some differences which set the two games apart. The dealer is determined by assigning a number from one to seven to each sitting position around the table. If a player is not sitting in the assigned number, their hand is added to the four discarded cards. This is also referred to as a dragon hand, some land-based casinos will let players pick up this hand and play it. Also, a die is used to decide which number begins the round.

Much like traditional Pai Gow, players in Pai Gow Poker create two hands. However, the rules are different as one hand only has two cards and the other five cards. Players begin by being dealt seven cards, which they use to create their hands. The two card hand is referred to as the ‘in front’ hand, while the five-card hand is called the ‘behind’ hand. During the game, four cards of the deck won’t be used, no matter how many players are at the table.

Also known as the dealer, this is the players’ opponent in Pai Gow.

An option that is available in some casinos, where the player and the house are 50/50 partners as the bank.

A hand dealt to an empty sitting position in the game.

A hand with all five cards in the same suit. Such as clubs, spades, diamonds, or hearts. All suits have the same value.

A hand that contains four cards of the same value.

Three cards of the same value plus two of another face value.

The name given to the hand with five cards, as it is placed behind the smaller two-card hand.

The name of the two-card hand placed in front of the five-card hand.

If no player has a poker hand with a pair or better, the highest card, or sequence of cards, will determine the winner.

A card that is also known as a ‘wild card’ in Pai Gow Poker. A Joker can be used in a flush, a straight, a straight flush, or as an ace.

A poker term for a hand with two cards of the same value.

The highest ranked hand in poker.

A hand with five cards of the same suit in numbered order.

A hand with five sequential cards from different suits.

A hand with three cards or dominoes of the same value.

When the player’s hand and the dealer’s hand have the same value, the one with a higher number in their hand wins.

Also know as a hand with two pairs, cards with the same face value.

The game of Pai Gow can be dated back to 960 A.D. Around this time, the Song Dynasty of China began, which was the first government to create paper money. The name Pai Gow directly translates to ‘make nine’ and is believed to have influenced Baccarat. After all, the domino game can be found at the world’s best casinos, including Macau and Las Vegas.

For hundreds of years, gamblers across Asia and the Pacific have enjoyed the challenge of the game. Gamblers the world over choose to play both the classic Pai Gow game and the double hand poker version. Many Kiwi players can enjoy both with a few clicks and a reliable internet connection. Or by visiting one of our world-class Kiwi land-based casinos. 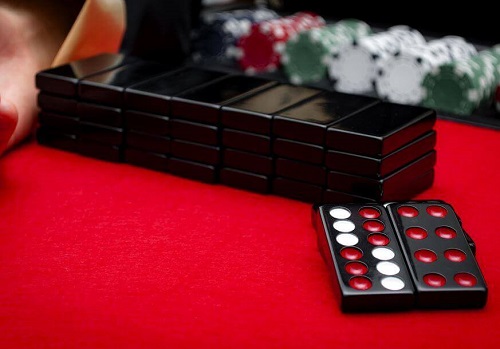 What does Pai Gow mean?

Loosely translated, Pai Gow means ‘card nine’ or ‘make nine.’ Generally, this is the highest value of a Pai Gow hand. However, there are exceptions to this, as some hands may have a higher score.

What is the best Pai Gow strategy?

This depends on which version of Pai Gow you are playing. For example, in traditional Pai Gow, there are many different strategies that depend on how well you know the game. Likewise, in Pai Gow poker, most poker strategies can also be applied to Pai Gow. However, it’s better to find your own strategy and to learn from others at New Zealand online casinos.

How do Pai Gow tiles work?

As we’ve said before, each player plays with eight stacks that can be arranged to your liking. The tiles are then grouped into two hands, which will be set against the dealer’s. Keep in mind that tiles must follow a pattern, so try playing the game in free play mode to get the hang of the game.

What is the ‘House Way’ in Pai Gow?

This is typically the way the dealer plays according to the ‘house’ or casino’s method. The dealer will arrange their hand according to the ‘house way’ so that each hand uses the standard house edge. For example, the ‘house way’ could mean that the dealer will zig zag between each player’s hand and theirs. However, this may differ from casino to casino for Kiwi players. At online casinos, this will depend on the software provider and Random Number Generators (RNGs).

Where can I play Pai Gow for real money online?

If you choose from our list of top online casinos, you’ll be able to find the best online Pai Gow games available. Pai Gow and Pai Gow Poker are very popular in New Zealand, so you’ll be spoilt for choice.