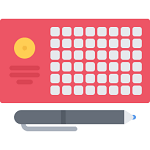 Lottery games are some of the most popularly played games throughout the world, including New Zealand. It stands to reason that there would then be a load of lotto FAQs (frequently asked questions) surrounding such gambling games. Who wouldn’t be interested in playing a game that could supposedly make a lucky player an instant millionaire at almost no cost at all? That yacht you dream about could actually be a reality with the lotto one day!

If you have some questions about lottery games in New Zealand, make sure to read on down below. We have got some good answers for all the most commonly asked questions regarding lottery games. Want to know which are the most popular lotto games in the country? Scroll on down below. Perhaps, you would like to know if you’ll need to pay taxes on your winnings. We’ve got answers to that too! So, read on and learn all you need to know about playing online lotto games at NZ casinos.

What Are the Most Popular Lotteries in New Zealand?

There are loads of different lottery offering available in the New Zealand. Some of the most popular include the following:

No, lottery games aren’t at all expensive. Most cost between 60c and NZ$2 depending on the game played. It is important to remember that the prize goes up according to how many games you play. So, for example, although a game of Powerball may cost 60c to play, if you buy additional games on a single ticket it may cost more.

It is always important to keep the total cost of your ticket in mind. If you can’t afford to spend NZ$20 on the Powerball this week, you need to make sure that you don’t load up your ticket with a large number of games.

Can I Play Lotto for Free?

Well, technically anyone could play the lotto for free by jotting down some numbers and seeing whether any of the numbers are drawn by draw officials. This doesn’t mean you’ll win any real money prizes though.

Essentially, the purpose of the lottery is to raise public funds for any number of reasons. So, players shouldn’t expect to play the game for free unless you have someone else buying the ticket for you.

Is the Lotto Taxable?

Not in the traditional sense, no. If you were to win a big sum of money in a New Zealand lottery now, you would not have to pay a tax on the amount won. However, players can expect to pay tax on any interest accrued on the winnings when it is deposited in their bank account.

It’s actually a pretty good deal as there are many countries around the world that force players to pay tax on their winnings.

How Long Is A Lotto Ticket Valid?

This is really dependent on the game but in general lottery tickets are valid up to 180 days after they have been purchased. It is important to note that you can’t purchase a lotto ticket today for a draw that will take six months in the future though.

In addition to this, it really goes without saying that once the ticket expires, you have missed your chance to claim any winnings that were available through it.

How Old Do I Have to Be to Play the Lotto?

There is no age limit associated with playing some games like the Lotto 6/40 or Bullseye, but you are required to be 18 or older to play Instant Kiwi games. These are basically Keno or scratch cards with smaller jackpots that can be played on your web browser that give you a chance of winning cash prizes instantly.

It is important to note that the price of these games vary on the basis of what the jackpot is and whether or not a promotion is being run.

How Can I Check If I Have Won?

If you play online and download the MyLotto app, it will send you a notification of whether any of your games have been successful. If you played the old brick-and-mortar way of purchasing a ticket at a vendor around the country, you’ll need to check online or through some other new medium to see whether or not you have won.

We recommend playing through the MyLotto app or website because it really is easier than buying tickets at vendors. (We’re basically a supporter of anything online really.)