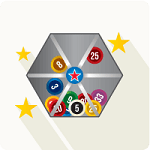 Although the lotto is generally thought of as a game based purely on luck, some believe that you can increase your odds of winning by adopting a lotto strategy. The term ‘winning’ in this instance is relative. While some may consider winning the jackpot or some of the other large cash prizes as the only real win, others might be happy with a $1000 win or even less. Regardless of what a winning amount means to you, chances are there is a lotto strategy out there to help you achieve that goal.

As mentioned previously, a lotto win means different things to different people, therefore you need to choose a formula, or lotto strategy that works for you. A good lotto strategy is realistic, it aligns with your goals, and is logically sound. This kind of lotto strategy should aim for any kind worthwhile win, not just the overall jackpot. In a game of chance, the odds of hitting the jackpot is very slim anyway. Finding a formula that best increases your chances of winning some money back is your best bet.

We’ve listed some of the top recommended casinos in New Zealand below. Click on any of them to test your chosen lotto strategy today. Read on for more information about our favourite lotto strategies.

Our first recommended strategy involves choosing a lottery that offers better odds. Not all lotteries are born equal as some present better odds of striking it rich than others. Choose a lottery where the odds are more for you than against you. For example, statistics show that the odds of hitting the jackpot in US Powerball are 1 in 292,201,338 while the odds of winning the Swedish lotto are 1 in 6,724,520.

If our maths skills serve us correctly, this means that as a Kiwi player you are 40 times more likely to win the Swedish lotto compared to US Powerball. However, playing lotteries from other countries is not possible in New Zealand unless you make use of a lotto betting site.

There are two different thought process regarding the tracking system. Some believe that playing hot numbers will increase your chances of winning. This belief is built on the premise that that which is most possible happens most often, and that which is least probable happens least often.

In contrast, some believe that although selecting random numbers certainly won’t increase your chances of winning the lotto, it will make all the difference to how much you win, should you win.  Also, everybody hopes to be a sole jackpot winner so that you do not have to split your prize money with anyone. One of the ways of making this happen is choosing less frequently played numbers, also called cold numbers. 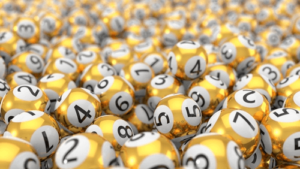 Kiwi players are limited to selecting 6 lotto numbers per draw. But you are given the option of playing more numbers by opting to play a system bet. System betting improves your odds of winning by allowing you to select additional numbers over and above the standard 6 number limit. This comes at an added fee, of course.

For example, a normal bet with 6 numbers will cost you $4. But let’s say you have one other lucky number that you would like to play in that particular draw. For an additional $12 you’re given the option to play 7 numbers instead of 6. Many other similar system bets exist.

Another statistic claims that about 20% of all lotto jackpots won across the globe are won by syndicates. The term refers to a group of friends, relatives, or colleagues that have joined resources to optimize their chances of winning. The money collected in the group is used to buy a large number of tickets, much more than a single person might have been able to afford on their own. Because more tickets are bought, more numbers are played, thus increasing everybody’s chances of winning. All winnings, if any, are split evenly amongst the members.

If the jackpot is $100 million and there are 10 members in the group, each will be awarded $10 million should they win. The same principle applies regardless of the amount of money won. Joining a syndicate might be a lotto strategy worth trying.

These are just some of the lotto strategies available to you today. Many claim to have won using one or more of these lotto strategies. But, like we’ve said previously, its up to you to choose a strategy that aligns with all that you hope to achieve.