One of the most popular television shows in history, Game of Thrones, is nearing its end. This week, UK bookmakers have decided to suspend the betting market for it after suspicious bets were placed. This comes after several leaks during the seventh season involving scripts and broadcasts. In 2017, three episodes were leaked in one way or another. This was because of cyber attacks on HBO, the network behind the show, that revealed crucial information about the season.

Season eight of the show is currently in production, and stars were recently given the final scripts. Many bookmakers have been capitalising on the show in recent years, with bets on the outcome of episodes. One of the biggest bets is who will sit on the Iron Throne once the season ends. On Monday, Betway received a lot of requests for one of the least favoured characters on Game of Thrones. 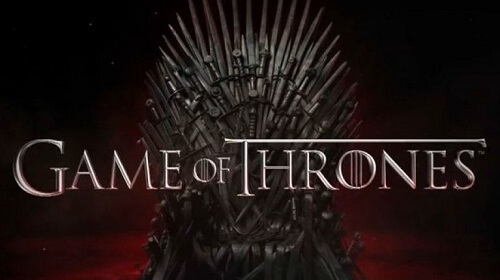 The final season of the show is set to air in 2019, and many fans are hoping for their favourites to end up on the throne. However, because of the show’s popularity, this season could also be hacked. For those who don’t know about the show, there are a handful of characters fighting for the fictional throne. Whoever wins could earn bettors millions.

At present, the most favoured characters to win are Jon Snow at two to one, Daenerys Targaryen at seven to two, and Cersei Lannister at nine to one. One of the longshots to win is Jon Snow’s half-brother, Bran Stark. His odds are at 14 to one on Betway, but a sudden boost in requests on Monday led the bookmaker to suspend the betting market.

In a statement from the bookmaker, they claimed that too many requests were made for Bran Stark to be ignored. Due to his odds, suspicions of a script leak already could be true. As a result, Betway suspended the betting market. Insider trading is a regular occurrence in financial markets, and the gambling industry is no exception.

Insider trading is when an employee tells shareholders certain things about the company so that they sell their shares before a scandal. If HBO has sprung a leak, the bets are an indication that certain people know more about the result than others. So, UK bookmakers are just being cautious about possible illegal wagers. Keep visiting our site for more gambling news and updates on this story.