Whenever a famous poker player wins in a tournament, you’d expect payouts to be a breeze. However, for Gordon Vayo, this was not the case with PokerStars after their Spring Championship of Online Poker (SCOOP) tournament. The professional player won an online game of No Limit Hold’em with a buy-in of US$1050 (±NZ$1511), but hasn’t received his winnings, worth nearly US$700 000 (±NZ$1.07 million). This is because the Canadian gambling operator claims that he was playing illegally in the US. These claims will now be reviewed in court.

According to Gordon Vayo, he had provided proof that he had been playing in Canada at the time. What’s more, his lawsuit accuses the poker operator of ‘fraud and deceit’ along with ‘false advertising’. This is because PokerStars used his name to advertise further events after freezing his account on their site. Vayo was then accused of not being the legitimate winner despite their use of his win. 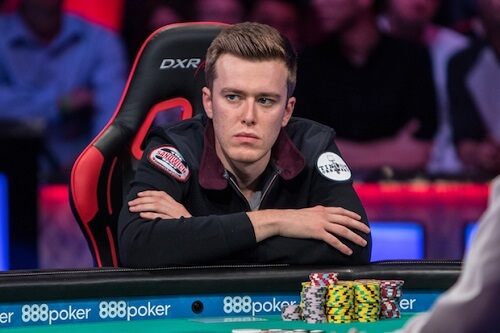 Part of Vayo’s troubles comes from a specific type of network connection. Virtual private networks, or VPNs, can sometimes be used to make it seem that players are taking part in a tournament from a specific location. According to PokerStars, Gordon Vayo used VPNs to make it look like he was playing in Canada. Currently, the United States has banned online gambling in all states except for New Jersey.

PokerStars took measures after they found that Vayo had been playing from the US and Canada. While they are within their right to investigate, he did provide proof that he’d been in Canada. If Gordon Vayo had been playing from another US state, he could face jail time. However, the fact that PokerStars is only now coming forward with their claims is a little suspect. After all, the first prize for that SCOOP event was worth US$692 000 (±NZ$995 867).

Lawsuit could End US Plan for PokerStars

This will not be the first time that PokerStars has been accused of shady business practices. In 2011, the American Department of Justice shut down the site. This was after they had been caught offering services to US citizens. They will likely deny all wrongdoing to avoid a similar situation. Either way, Gordon Vayo will be suing for ‘punitive and exemplary damages’ against PokerStars.